We often look at our innate strengths as business leadership skills. Growing up, I was labeled “book smart” and my sister was labeled “people smart.” In college, my boyfriend called himself “street smart.”

Worse than being labeled was that I accepted those labels. I thought that if I was “book smart,” I must be “people stupid” and “street stupid.” (There is some evidence to suggest I was, indeed, both kinds of stupid … but that’s another story.) Rather than developing in areas where I needed to, I over-relied on being “book smart” instead.

Over the years, this has become a topic of great interest to me. There are so many theories of different types of intelligence that there must be some natural inclinations that we all have toward being some kind of smart. Some of us are “left brained” and others “right brained.” We all exhibit strengths in at least one of the intelligences defined by Howard Gardner: 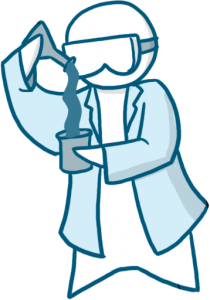 . Verbal – the ability to use words.

2. Visual – the ability to imagine things in your mind.

3. Physical – the ability to use your body in various situations.

4. Musical – the ability to use and understand music.

5. Mathematical – the ability to apply logic to systems and numbers.

6. Introspective – the ability to understand your inner thoughts.

7. Interpersonal – the ability to understand other people, and relate well to them.

But what good does it do anyone to proclaim high scores in any of these (or other) various ways of defining intelligence? So what if you are “book smart” and know it? How does that help you?

Merely as a starting point, I think, it does help. It is the beginning of self-awareness and ought to be the entry point for determining ways to develop additional intelligences.

Focusing Only on Strengths Hinders Development

Here’s my concern. With the emphasis on strengths over the past 20 years or so, there has been a movement away from holding people accountable for their deficiencies. I often hear comments like this, “Well, you know, that’s just not Bob’s strength. He’s better at ____, so let’s get someone else to do it.” With alarming frequency, I see job descriptions written to accommodate the strengths of the people already in those jobs rather than holding people accountable to all the tasks needed to perform effectively in their job role. And when it comes to younger generations, many balk at the notion of being stretched beyond the strengths they already bring to the workplace.

This trend really disturbs me. As long as people feel it’s OK to be strong in one area and weak in all the others, we are limiting ourselves and everyone around us, too. We can’t teach what we don’t know or learn ourselves. We can’t be specialists in a world that is requiring more and more generalized work across numerous functions. We can’t keep up if we don’t value ongoing development and new challenges.

Additionally, I think there is a real social cost. You can easily see it in isolation, but I am certain there is a broader application here, too. Consider a work environment where there are many people with high IQs, high levels of education, and superior technical expertise. Chances are that the intelligence of the first ones in attracted the later ones in… especially since there would also be a likely hiring bias in place. The value we all place on our own type of intelligence is just one more reason why there’s a danger in over-relying on a single strength. If this group of highly intelligent people lacked Emotional and/or Social Intelligence, would that be okay? In some companies or work groups, it is. In fact, there are stereotypes abounding about “the engineers” or “the accountants” in companies. Why is that okay?

What would it be like, instead, if everyone were expected to continually develop in whatever intelligence they lacked? What if making into the C-suite required multiple intelligences and deliberate development work to gain them?

The work of Nobel winner Daniel Kahneman showed that people strongly prefer to do business with someone they like and trust rather than someone who is smart. In fact, we will choose lower quality and higher prices if we like and trust the person we are dealing with. Does that mean that companies should hire sales reps with high EQ and SQ? Or does it mean that these intelligences are important for everyone because, ultimately, we all rely on interpersonal relationships throughout the supply chain in an organization?

Personally, I think it is unconscionable to box people in and perpetuate their limitations by over-relying on their strengths. At a minimum, companies should offer opportunities for their people to gain awareness about multiple intelligences. They should show them the benefits of stretching. And they should offer opportunities for people to develop by setting expectations for everyone to continually develop.

Being a leader doesn't mean carrying a certain title. Smart companies develop leaders at every level. And smart people look for opportunities to lead in their work groups.

Sign up below for our Emerging Leaders FREE training. This will be delivered directly to your inbox. No cost, no obligation!

(Editor's Note: This article was originally published in September 2016 and was recently updated.)