A Leader's Story: "Developing Others Helped Me Climb the Career Ladder"

"Developing others? Are you kidding me? No one's been developing me."

"Around here, it's every man for himself. I'm looking out for number one."

Exactly. Because no one is developing you... because you're looking out for #1... That's precisely why you need to focus time and effort on the development of others.

When I first explained this to Kenneth, he was skeptical.
Eventually, he understood. The best way to look out for yourself and get ahead is to help others grow and thrive in the workplace.

As counter-intuitive as that may seem, the fact remains that you can't really get ahead at all if you're leaving weakness in your wake.

When You're Developing Others, You're Making It Safe for the Organization to Promote You

Kenneth had been a marketing manager for eight years. He had applied twice for a director role. When others were selected, he heard "we need you right where you are" and "there's no way we can back fill your job." 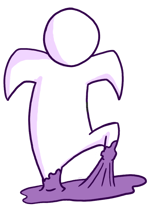 When he heard these words, Kenneth took them as compliments. Although he was still disappointed about not getting promoted, he took solace in others acknowledging how important his work was.

He was completely missing the point.

Kenneth was unpromoteable because he was the only one who could perform mission-critical work. He hoarded the work and said it was "job security" that no one else could do it. Yep. His job was so secure that he was tethered to it and wouldn't be going anywhere until he let go.

Kenneth had to make a choice. He could remain stuck in his current role, hoarding the work and enjoying "job security." OR he could teach others to do the work he was doing, getting them to a level of competency that meant he'd no longer be needed in this role.

By Developing Others, You're Setting Yourself Up for Sustainable Success

It took two years for Kenneth to delegate the mission-critical tasks he'd been hoarding. In hindsight, he wished he'd done that from the start. It was eight years of his own career lost, he said.

When the next available position opened, Kenneth applied and won the promotion. Six months in, I asked him how effective he would've been in this role if he did not have people

trained in the work he used to do.

He didn't hesitate. He immediately responded that his current and future success were completely dependent on their capabilities. In other words, Kenneth's time and effort spent on developing and delegating were now paying off for him. Not just in the promotion but in the deliverables he was now accountable for.

I also asked him what it would be like to be doing this job while also teaching others how to do his former job. This time, he did hesitate to imagine what that would be like.

After thinking it through, Kenneth said "It would have been like carrying a 50-lb bag of cement everywhere I go. It would slow me down and wear me out."

Unless You're Developing Others, You'll Never Have Time to Develop Yourself

Kenneth did something else right in the two years I was his Coach. He reallocated his time to developing himself. He'd delegate a task and invest the time saved in job shadowing 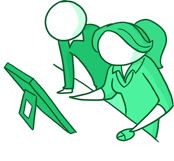 None of those things would've been possible if he'd continued hoarding the work. He thought his value, reputation and contributions were linked to that functional work. Only after elevating his expertise and building capacity in his team did he (and others) begin to see his full capabilities.

Kenneth is now looking ahead to the next job he'd like to have, Chief Marketing Officer. He's continuing to learn and do and master new skills... and then to quickly and effectively delegate those in a way that develops others. He now gives a presentation about his division to all the company's new hires as a part of their on-boarding process. One thing he tells them is to never hoard the work. He proudly says "Developing others helped me climb the career ladder. Don't get stuck on a middle rung like I did."

Simple tools will be delivered each week via email to help you become a better leader.
2.  Learn about delegating for development, coaching and mentoring with our BrightTALK series for effective management. Start with this one and then check out all the others. They're free and available 24/7 on demand.
3. Join the CONNECT Community to receive exclusive videos, infographics and tools for leaders who want to take it to the next level.