Like It Or Not, One Team Leader Responsibility is Apologizing

Last week, we talked about the team leader responsibility of forgiving others. 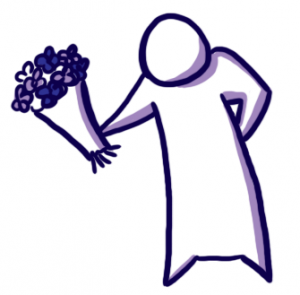 This week, let’s build on that to talk about asking for forgiveness. This may seem to be a little bit old-fashioned, but apologizing is a team leader responsibility (and also a life-skill!) that many simply haven’t acquired. The art of apologizing is an important one, an essential one for building and maintaining connections with other people.

Apologizing is A Tough Team Leader Responsibility Because of Rejection Worries

What makes an apology seem disingenuous? Generally speaking, it’s an intention that is something other than repentant. People give apologies for all sorts of reasons. We may want to sweep the situation under the rug and feel an apology will expedite it. Or we want to defuse a powder keg situation, so we use a pre-emptive apology to gain a little ground before admitting the wrong. Sometimes, we have selfish motives and speak words that sound apologetic so we can manipulate the situation and get what we want. And some people apologize incessantly because they want affirmation.

The problem with apologies that are motivated by selfish gain is this: over time, none of your apologies (even the sincere ones) can be believed.  Apologies shouldn’t be throwaway statements that become meaningless. But think about how often you hear the words “I’m sorry” when there’s no reason for an apology and/or no likelihood that the person saying that is truly sorry for anything at all.

Throwaway apologies are often used as a license to proceed with bad behavior. We all know this. Even so, this happens with such frequency that it’s becoming common practice. You’ve heard this (and maybe said things like this yourself):  “I’m really sorry” as someone monitors and responds to text messages throughout your meeting or “I’m so sorry, but I double booked and I need to reschedule our appointment,” or a chirpy “Sorry!” as someone edges past you to nab the last seat on a crowded bus, or takes a call in the middle of a theater production.

The word “apology” means different things to different people. The dictionary definition of apology is “an expression of one’s regret, remorse or sorrow for having injured, wronged or offended another.” That’s pretty weighty stuff, not something to be delivered or taken lightly.

The basic components of a genuine apology include the following:

Dr. Gary Chapman wrote a book that describes five “apology languages” or five different ways that people define and want to receive an apology. He offers a free online quiz to help you identify your own preferred “apology language” and to better understand others’ preferences. It’s an interesting exercise, available at http://www.5lovelanguages.com/assessments/personal-profiles/apology/

According to Chapman, knowing about the five different ways to apologize will enable you to offer apologies that are more meaningful to others. If someone doesn’t seem to be accepting an apology that you sincerely mean, it could be because they haven’t heard what they need to in order to fully believe in your apology. For this team leader responsibility to be received, you need to reach out to your team using one of the five styles. The five styles he writes about are:

This requires admitting guilt without making excuses. It may require some self-reflection to get to a point where the regret isn’t the “sorry you got caught” type, but a regret that you made the choice you made in the first place.

This type of apology includes taking sole responsibility for your own actions. Rather than deflecting blame, you’d own your mistake and also accept the consequences that come with it. Ideally, by accepting your own mistake, you would also find the learning opportunity within it.

To apologize in this way, you need to go beyond the spoken word. You need to do something that demonstrates an effort to make the situation right or to undo what you’ve done wrong.

Expressing your sincere desire to modify your behavior and acting in ways that prove you are trying to change is an another form of apology. This is one that you can’t fake, because if you don’t truly intend to change, you won’t.

In addition to saying “I’m sorry,” this type of apology includes being vulnerable enough to ask for forgiveness. Asking gives the offended party a certain degree of control, a control that they may need at this moment in order to feel that balance in the relationship has been restored.

Here’s how it works to have five different styles of apologizing. Let’s say, for example, that you have requested forgiveness but haven’t received it yet. It may be helpful to know that the other party may be waiting for you to accept responsibility. Until that happens, they may not believe that you are sincere in your apology. You could quibble that they should take what you’ve offered without being so demanding, but that would probably backfire. If you are sincere in apologizing, try to do it in a way that will be meaningful to the person you’ve wronged. Otherwise, the crack in the relationship may turn into a canyon.

Next Steps to Revisit this Tried-and-True Team Leader Responsibility

1. Subscribe to the CONNECT2Lead Blog for weekly articles and ideas about leadership at every level.
2. Sign up for FREE training for Emerging Leaders. This will be delivered directly to your inbox. No cost, no obligation!
3. Attend our leadership development webinars to continually grow as a leader.