Are Sellers Manipulative? Sales Training for Influence vs Manipulation 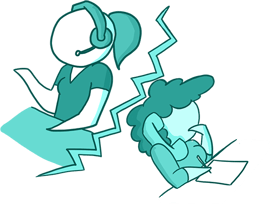 Several weeks ago, we talked on air about the Noble Profession of Selling. Since then, we’ve been perplexed by some of the feedback and comments we’ve received about that topic.

Two people wrote in to say that they left sales because they couldn’t live with the way they had to lie to and manipulate people in order to make a sale.

On a sales professionals forum, one conversation turned into a debate between whether sales training should help sellers become influencers (think “How to Win Friends and Influence People”) or whether they needed to be skilled in the techniques of persuasion.

Webinar: What Buyers Want You to Know & Do Right Now

All that hearkened back to a Quora discussion a few months ago about the difference between manipulating and influencing.

What these conversations and comments reveal is that different people – even in the sales community – have different perceptions about what sales is all about.

First things first… Are these words synonymous and interchangeable? Or do some of them have positive or negative connotations that change how they are viewed? According to the dictionary definitions, there are discrete meanings for each word.

to Sell means to induce or persuade someone to buy.

to Persuade means to prevail on, urge or convince.

to Influence means to affect, sway, move or impel.

to Manipulate means to adapt, change or influence to suit one’s own purposes.

According to these definitions, there is overlap between sell and persuade. Both words refer to a mental exercise that involves changing someone’s mind or causing them to see things differently.

There is also something common between influence and manipulate. Both of those words are defined with action steps that seem to go beyond the mental exercise.

Breaking it down like this, it appears that selling and persuading may be the outcomes. How people go about achieving those outcomes is found in the action words of influence or manipulate.

In those two words, every seller has a choice. In order to persuade someone or in order to sell something to someone, you can either influence their decision or you can manipulate them so they decide the way you think they should. Let’s define the difference in these two approaches by examining both the intent and the actions implied by the words themselves.

If the intent, then, of manipulation is to get one’s own needs met, how does that come across in one’s actions? Think back to a time when you were a buyer and it felt like the seller was trying to do something to you instead of doing something for you. Perhaps it came across as a high-pressure tactic that was clearly related to a month-end quota or contest. Sellers who use a lot of “now” and “only” statements may begin to sound manipulative if there is no balance of buyer benefits. Or perhaps it came across as an emotional appeal that felt forced or extreme. When a seller preys on emotional vulnerabilities instead of understanding and sensitively working with them, it can feel manipulative. People who sell pre-need funeral plans, for example, must walk a fine line here.

As a buyer, you may also feel manipulated if the seller is overly flattering and then withdraws the charm or seems angry if you hesitate at the close. Some sellers use these tactics to squash objections and rely on emotional triggers to push a buyer into buying. This seems to be a prevalent practice for some who sell B2C, especially door-to-door.

Buyer’s remorse is common when someone feels manipulated. It may take a little time to settle in, but when it does the feelings toward the seller and the company they represent are not positive. When manipulated, people feel taken advantage of or tricked.

By contrast, consider what happens when we influence people. They feel that the decision was their own, and they feel good about that decision. They don’t feel that they pushed to do something that was not in their own best interest. Instead, they heard advice, opinions, and information and got some help sorting it out from an influencer who respected the decision being made (to buy or not to buy). It did not feel that the transaction was one-sided, only benefiting the seller. In fact, the buyer may have forgotten that the seller had a stake in the transaction at all.

The way we view an influencer is positive. We look up to people who are influential, and we respect and trust them. We call them leaders. On the other hand, we scorn manipulators and call them names like “con artist” and “snake oil salesman.” The ugly stereotypes about professional sellers are built on manipulation tactics.

Influencers’ actions start by hearing about the needs of the buyer. Consider a presidential candidate – he or she listens to people, tunes in closely to what the pundits and polls are saying, and offers solutions that can be linked to the needs of the people. The candidate who wins is the one who does the best job of influencing people to vote for him or her… And the reason we vote for a candidate is that we feel that he or she is the one who heard and answered our needs the best. The fastest way for a candidate to lose votes is to get caught doing something that is self-serving. When the public feels lied to, deceived, tricked or manipulated, they shift their support.

Selling is no different. Sales development that teaches sellers to start with buyer needs and offer solutions to meet those needs creates sellers who are simply more successful over the long-term. To influence buying decisions, these sellers understand and speak directly to the needs of the buyer. Their intent, which drives their actions, is to solve a problem for the buyer.

Manipulative sellers start and end with their own needs, only bringing the needs of the buyer into the conversation if it will suit their own needs. Without that genuine intent to solve a buyer problem, they usually don’t.

Editor's note: This post was originally published August 2012 and has been recently updated.