What to Do When Internal Competition Is Hurting Your Team 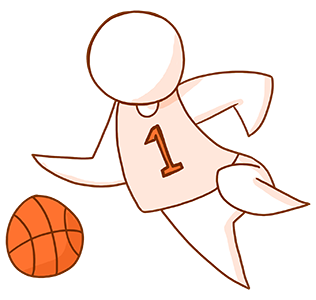 They say there's no "I" in team. But does every member of your team operate that way? If there are factions on the team with differing objectives, the internal competition could compromise the team's efforts. What a colossal waste of time!

We've examined the value of healthy conflict and how to mine for conflict. But neither is effective if any team member is in-it-to-win-it for himself or herself.  So what can you do if you find yourself on a team with someone who doesn't get it?

A competitive drive fuels many people to achieve. A sense of competition is, in their estimation, a strength. Thanks to their competitive drive, these people have succeeded in multiple settings and ways.

However, being competitive can be a weakness if that competitiveness is misdirected or all-consuming. The desire to win can become too narrow a focus. The habit of viewing everyone else as competition can make it difficult to collaborate.

Highly competitive people like to win. They want to be best or first. They may have difficulty understanding that not everything needs to be a competition, that some situations can have multiple winners (even everybody as a winner!).

This lack of understanding is the root cause of internal competition.

To help a member of your team and prevent internal competition, reframe the contest. Highly competitive people who like to win may simply need a different playing field.

Start by reiterating the team's common purpose. Get clarity on the end goal you are all striving to achieve.

Next, consider the external forces that your team must combat in order to achieve the group goal. Is it a supply issue? A competitor? A condition of the marketplace?

Talk in "we" terms and "us/them" terms when you focus on that external competition. Redirect the energy previously spent on internal competition by positioning all members of the team as unified around the common goal.

Elevate the conversation so it is always focused on that end goal. The internal competition is likely related to something smaller -- resource allocation, jockeying for position, power struggles, etc. Every time one of these issues is raised, put it in context with the larger purpose of the team.

A competitive individual on one team (we'll call him Joe) felt strongly that his plan for tackling a problem should be the one selected. He fought hard against all alternatives, stubbornly advocating for his own plan. Simply put, he wanted to win.

Most others on the team felt his was a good -- but not the best -- plan. They were frustrated because Joe refused to acknowledge the merits of others' suggestions. The more they pushed, the more entrenched he got in his position. The team became divided, unable to compromise or collaborate as neither side was willing to "lose."

After weeks of being stalled out, the executive sponsor demanded that a final plan be presented. When members of the team told her what was happening, she reminded them that she expected consensus AND a plan that would achieve all the objectives she'd outlined for the team.

One of those objectives was to regain market share that had been lost to an upstart. The team, in their battle over which plan they'd proceed with, had lost sight of this objective.

In a surprising twist, it was Joe himself who got the team back on track. He responded instantly when he heard the executive sponsor's reminder that they had already lost market share and needed to win it back.

All Joe needed was an external vs. internal way to win. His competitive energies strengthened his resolve to do whatever it would take to win. When he saw the opportunity this way, he was able to let go of his need to win internally.

You may have someone like Joe on your team. If so, try getting him or her to see the "bigger picture" and to focus on winning where it really matters.

If you have a team member who avoids conflict at all costs, be sure to check out next week's post. Just subscribe to the CONNECT2Win Blog so you won't miss a single post.

Editor's note: This blog post was originally published April 2016 and has been recently updated.