5 Ways to Mine for Conflict with Your corporate Team

The most effective teams don't avoid conflict. They view it as a healthy way to surface ideas and improve decision quality. In the absence of dissension, these teams actually mine for conflict instead of moving on too hastily. 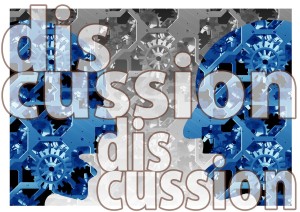 In last week's CONNECT2Win Blog Post, we covered the benefits of healthy conflict. Getting the team to open up and engage may not be as easy as it sounds (at least at first). Here are five ways any member of the team could stir things up and improve team effectiveness by introducing healthy conflict.

5 WAYS TO MINE FOR CONFLICT WITH YOUR CORPORATE TEAM

1. Mine for Conflict by Opening with a Bad Idea

If team members are conditioned to agree to the first idea offered, this will break them of that habit. Kick off problem-solving discussions by offering an outrageous or simply bad idea. Get people talking about why it won't work, what problems it would cause, and the alternatives that would be better. Don't accept the nervous laughter and initial eye-rolling. Instead, ask those follow-up questions to stimulate dialogue and ignite passion.

By priming the pump in this way, you'll get some carryover conversation when better ideas are offered. What's more, you may find that the responses to the bad idea revealed some issues or alternatives worth considering in any solution.

2. Mine for Conflict by Designating a Devil's Advocate

Get everyone to build their skills for dissenting by appointing a different "devil's advocate" in every meeting. While in this role, team members are to ask "Yeah, but" and "what if" questions to probe ideas and solutions with greater depth. As more and more members of the team get accustomed to doing this, it will no longer be necessary to designate an official role. Instead, you'll get organic skepticism and questions being asked by numerous team members.

3. Mine for Conflict by Facilitating Roundtable Discussion

Another way to engage all team members in voicing dissenting opinions is to ask each person to offer one question or to poke one hole in any idea that seems to have legs. Before the team proceeds with that idea, each member of the team offers a different concern (no repeats!). This will surface issues, give everyone an opportunity to weigh in, and either confirm the idea or reveal the need for an alternative. What's more, this practice will build the expectation for every team member to offer a diverse point of view.

4. Mine for Conflict by Insisting on Pros/Cons Lists

There are no perfect solutions. It's better to understand the pitfalls and potential challenges before you proceed. Engaging team members in a simple exercise to list all the pros and cons will give voice to those who may disagree. It will also demonstrate the team's willingness and openness to evaluate options objectively.

5. Mine for Conflict by Seeking Diverse Points of View

Don't keep it in the team. If your team has reached consensus easily, then branch out. Go directly to the people who are most likely to disagree with the team's solution. Invite them to critically evaluate the proposed solution and to offer alternatives. Once these diverse viewpoints have been heard, the team will have more information and be better equipped to make a final decision on how to proceed.

With all five of these approaches, team members must be willing to remain open and nimble. Getting defensive or stubbornly clinging to an idea will turn healthy conflict into something negative. The point of mining for conflict is to build buy-in as people express their opinions and feel heard. It's also to uncover any potential problems with the solution(s) being considered. Every member of the team should set aside the ego that tries to "win" and focus instead on the best course for achieving the team's common objectives.

If a member of your team is hyper-competitive and can't seem to set aside that desire to win, check back next week for ways you can work it out. Just subscribe to the CONNECT2Win Blog so you won't miss a single post.

Editor's note: This post was originally published April 2016 and has been recently updated.