Five Surprising (and Essential) Skills of a Team Leader

There are, of course, obvious skills that effective team leaders demonstrate. This isn't a post about those. Instead, this is a look at five essential skills of a team leader that are easy to acquire and important to have. 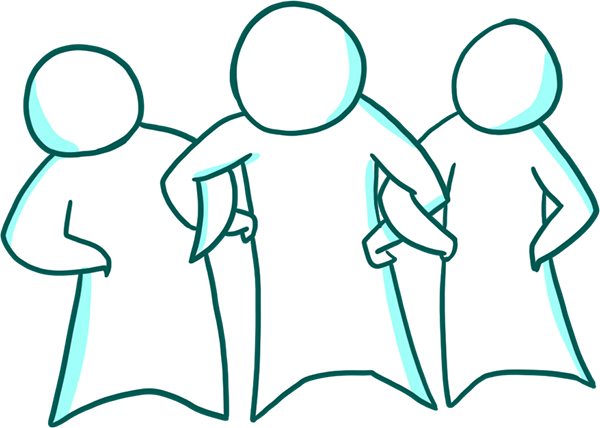 While some skills require years of practice or innate abilities, these five skills of a team leader are accessible for everyone.

These five skills of a team leader are yours for the taking. Each one involves nothing more than a choice. Your choice about how you will behave.

What's more, each of these five essential skills of a team leader are proven to make you more effective. These are five of the 30 behaviors researched by Jim Kouzes and Barry Posner in the body of work known as The Leadership Challenge®. Their evidence, gathered over 30 years and validated by countless other independent studies, underscores the importance of these five behaviors.

While this list is not comprehensive, it does provide a good starting point. If you are new to your role as a team leader, perhaps leading for the first time or leading without a title of authority, these skills will serve you well. The more frequently you demonstrate these five skills of a team leader, the more effective will be in leading others.

The Follow-Through Skills of a Team Leader

DWYSYWD. Do What You Say You Will Do.

It sounds so simple. And it is. You simply do the things you said you'd do.

The alternative has become so commonplace that we've lost sight of its impact. But think how you feel when someone doesn't deliver on time, doesn't follow through as promised, or doesn't seem to remember commitments they made to you.

Others feel the same way about you when you disappoint them. No matter how good your excuses are, they don't change the fact that you didn't do what you said you would do. If that happens often, there's an even bigger impact.

Others' disappointment in you becomes their perception that you are not credible. You can't be believed. Your word is no good.

It may be surprising to realize that this seemingly little thing -- simply doing what you say you will do -- could matter so much. But it does.

The Painting Skills of a Team Leader

This one may seem, at first, to require talent. Painting, you may think, is an artistic skill.

Leaders need not paint works of art. Instead, leaders paint word pictures. They use their words to create images that others can relate to and see themselves in.

By painting pictures of what could be, team leaders inspire others to work toward the team's goal. They help others envision the possibilities and future state.

For some, this might seem like a difficult skill to learn. The truth is, it's nothing more than a choice you'd make.

We're all capable of describing what can't yet be seen. It doesn't require eloquent delivery. You don't have to be imaginative. In fact, simple and straight-forward may be more effective than flowery language.

The choice involves sharing what you would like to see happening. As you share it, the next choice would be including others in the picture you're painting. That way, they can see what's in it for them. When you describe a vision that is inclusive, you make it a shared vision that others will feel committed to and inspired by.

The Failing Skills of a Team Leader

We'd like this to be more difficult! But it's the easiest one of all to actually do. That's because, just like the rest of us, leaders fail.

Sometimes, leaders enter into situations knowing there's a chance they might fail. When they do, they don't hold back and ensure their failure. Rather, they give a solid effort to test the outer limits and to make a true assessment of whether or not the pursuit will be successful.

The choice team leaders make is to be okay with failure. They value the possibility of succeeding more than they fear the embarrassment of failing.

Along the way, leaders who do this start making another choice, too. They choose to learn from experiences where they fail. They don't get defensive and duck responsibility when they fail. They simply own the failure, cull out the learning opportunities from it, and move on (usually to successes).

The Letting Go Skills of a Team Leader

Highly effective team leaders trust the members of their teams. Instead of a "command and control" approach to leadership, they let go of the control and spread it around. They allow others to fail and learn and grow just as they are doing. They choose to be people-builders by allowing for growth opportunities.

It all boils down to a choice. In each situation, there is an opportunity to choose to do it yourself or to allow others to try, fail, learn, improve, grow and flourish.

The Thanking and Praising Skills of a Team Leader

It's just another choice. This one is the choice to encourage people when they've made an effort or a contribution. It's a choice to praise accomplishments, to appreciate a display of shared values, to recognize a job well done.

The opposite choice is to plow through the day without noticing and/or outwardly acknowledging what's been done well.

Choosing to call attention to a noteworthy contribution has a double benefit. It makes the person being praised feel good about the work they've done. And it lets everyone else on the team know what you are looking for and would like to see replicated.

You don't have to be the boss or the official lead to display these essential skills of a team leader. Since everyone leads informally at times, these choices will serve you well even when you didn't even realize you were leading.

This is the second in a 4-part series about being a good team leader. To get the remaining posts in this series, subscribe to the CONNECT2Win Blog. If you'd like to read the first post, "Being a Good Team Leader Requires THIS Above All Else," click here.

Editor's note: This blog was  originally published May 2016 and has been recently updated.