Your Team Building Skills List Needs to Include Goal-Sharing

Adrift. Alone. Suspended in limbo. Nothing to hang on to. 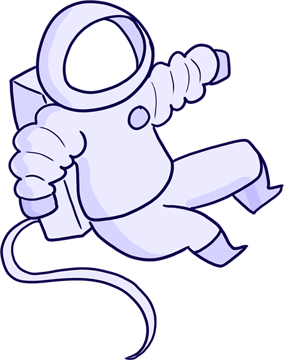 That's how Carmen felt. Sure, she was surrounded by 41 team members. But that alone did not make her feel connected, supported or able to get traction.
Like so many teams, Carmen's was a team in name only.

The group of people did similar jobs. They had good camaraderie. They worked in the same building and went to the same meetings.

But they were hardly a team. Carmen noticed because she was new to the group. She came from another organization where the emphasis was on durable teams that were built to last. She knew something was missing.

At first, Carmen thought her feelings of displacement and loneliness were just symptoms of being the "new kid on the block." She figured it would take time for others to embrace her and include her fully.

Time passed. The feeling of belonging and being included never came. Carmen started likening her experience to that of her two-year-old on play dates. She felt people worked side-by-side but did not work together.

Carmen yearned for the connections and the energy that came with a true team immersion. She tried, unsuccessfully, to get others engaged with her in brainstorming, debate, ideation, role play, critiques and sharing success stories. Reactions ranged from mild curiosity to outright suspicion of her motives.

Her next step was to recreate the list of team building skills that had been the focus of last year's quarter workshops at her former employer. She knew there were 10 Critical Skills the team had decided together to work on. She couldn't remember them all but knew the list included:

Generally speaking, the new team seemed to live by these skills, too. They hadn't been named and posted or even discussed. They weren't being worked on and built. But, overall, Carmen had to admit she couldn't see obvious infractions or gaps.

So why were things so different here?

The Missing Item on Carmen's Team Building Skills List (and on her new team) Was:

Sharing Goals. Carmen forget this one because it was such common practice that it had become her norm. It was so ingrained in how she did things that it was automatic, so common that she no longer could call it out as something special to focus on.

It came back to her when it was time to prepare her self-appraisal at the beginning of the new year. The process her previous team used was to cascade goals from the top, create

group goals and then prepare and share individual goals.

Every person knew and talked about the goals of every other person. That included each individual's personal development goals for the year. The 3-step goal-sharing process was something everyone complained about but ended up enjoying each year.

The team put this on their list of team building skills because they wanted to improve their openness in sharing and their consistency with factoring in each person's individual goals when making team decisions.

Reflecting on this one skill gave Carmen three insights into the contrasts between her old and her new team. She realized that goal sharing on the old team meant that:

Your team situation is probably more than Carmen's second workplace team. Most are.

Deliberate focus on building team skills usually takes a back seat to driving for results and working on personal skills growth. That's unfortunate because results improve and people grow when team members support shared goals and help each other on individual goals, too. Creating a list of skills to build together is, in and of itself, a productive and capacity-building exercise.

Strong teams openly share their goals and aspirations. Goals are frequently discussed and

shared up, down and across the team. This displaces the sense of anyone having a hidden agenda. It creates a sense of belonging. It strengthens team commitment. It gives clarity and opportunity to all.

If you don't have a list of skills to focus on together as team this year, start by creating a vision for the team. Aim for improved team effectiveness (which includes an emphasis on individual goals, too). It's a strong starting point, one that will lead to a workplace like the one Carmen left... and went back to 18 months later.

Next Steps for Creating a List of Skills to Build Your Team: