What experience do you have with team working examples? Were you able to keep a positive attitude?

Think back to all the projects you might have had a hand in, the ones that might have seen a better outcome had it not been for teammate X. Maybe you thought teammate X was hijacking the operation and taking it in a direction that seemed blatantly misguided. Maybe you thought X was taking the opportunity to offload some of their responsibility on to you or the rest of the team. In collaborative activities that require much interactivity between teammates, often there arises anxieties about individuals and how their performance impacts you, the group, and ultimately the final product. 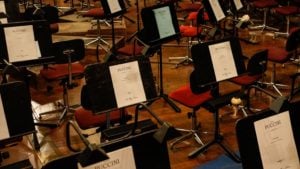 The concept of teamwork holds a number of different meanings to various people. What does the idea of a team invoke to different people? What anxieties arise? Everyone has a part to play, and sometimes our expectations of our teammates vary.

In my own experience, I  approach teamwork with a positive attitude. However, I can only do so much. A project's fate lies chiefly in the collective hands of my teammates. It's a dread not unlike like the dread of the coming U.S. Election. How you can do your part and cast your vote? Because, you as an individual are at the mercy of the majority. Of course this anxiety highlights a major element of every team exercise: trust.

At times, you have the ability to know your team going in. Unfortunately, there are times when teams are random. Moreover, the team can include the loathsome partner you've been shackled to. Sometimes it's that one person who throws the balance off within what would have been an exemplary group. When stakes are high and you find yourself relying on a team, having to surrender your control and gamble on those who are assisting you, it's easy to lose confidence.

I graduated from art school from an animation program, wherein I found an interesting dichotomy with the program. Our school's program lumped film, video, and animation into a single major. The students were introduced to all three mediums through introductory classes. The idea was that those entering the program would come away with more than just a singular focus in one of the three fields. Ideally, more creative individuals would use the opportunity to create unique mix-media marriages of the different mediums.

Truthfully, the difference between film and video is simply the technology. However, what I found interesting was what separated film from animation. Animation most often calls to mind feature length animated Disney movies. More importantly, these movies required armies of animators and many others from an array of other disciplines to bring these films to life. Our program was relatively unique in that it sought to make us into artists that utilize animation as a medium.

This attitude afforded us to explore our own creative abilities and visions while unrestrained by the commitment to working as a team. By contrast, film students cannot physically fill all the rolls demanded by the medium. Students rely on the commitment of those who help produce their creative vision; things can become complicated very quickly with so many involved. When a single director holds all the creative power and those in supporting roles only exist to help serve that other person's creative vision, that kind of hierarchy is a recipe for drama.

Of course this is not always the case (and I suppose this issue might be unique to film students, each with the notion that they will be directors one day and don't want to concern themselves with the legwork,) but it's a model of production that puts the film at risk. The more people there are comprising a team, the greater the gamble. More variables, more risk, more complication.

However, there is one team model that is unique to team work. This example unifies the whole to strive for the best outcome and removes the element of ego that can complicate matters. That team is an orchestra. Having played in both a string ensemble and a marching band, I've found that music is an incredibly unifying. Music is a medium that brings together people who strive to perform their best even through the toughest challenges.

Despite some players being tasked with performing solos, individuals feel no less vindicated since all team membes have a part to play. Moreover, this contribution makes them feel valuable. Additionally, if someone is not pulling their weight, you can hear it immediately. Especially relevant,  is the responsibility to improve lies solely with them and can be identified and addressed swiftly. It's a team activity where everyone is invested in their own part to play while also contributing to a whole that is greater than themselves, no matter what roll they serve.

Music is an interesting team activity. Every individual strives to perform at the highest level without directly influencing their fellow musicians. I have yet to find a team that I felt better lends itself to being supportive among teammates and poses minimal animosity when challenges arise. It's a medium where egos do more to further one's own drive and determination without belittling others. Each role serves it's own essential part in the whole without being more or less important than others. Most importantly, the attitude of others allows a team to succeed. Musicians are always there because they love music. When there is a shared love for the medium and when every team member is dedicated to performing their best, team members are able to trust their team.

Hailing from the state of Rhode Island, Leonardo De Luzio works as an animation professional with a strong focus in character animation. He is a graduate of the Rhode Island School of Design in Film/Animation/Video. He is invested in capturing the subtlety of what makes us human through strong performance in character animation. He believes in nuance and attention to detail and it’s ability to take the illusion of movement a step further and create the illusion of life. https://www.behance.net/leodeluzio

The blog for everyone who works with anyone

Thank you to Leonardo De Luzio for this guest blog post on team working examples. This blog is a product of People First Productivity Solutions where we build organizational strength by putting people first. Our president, Deb Calvert, is a certified executive coach and leadership development specialist, working with teams to bring out the best in everyone.