Why Is Team Building Important Enough to Warrant Time in Our Busy Day?

"We don't have time for that crap!" bellowed Stefan when his boss suggested he enlist a facilitator to conduct a team building workshop.

It was true. Stefan's team didn't have any free time at all. But who does? So why is team building important enough to take valuable time -- any amount of time -- from busy, stressed, over-worked team members?      The answer lies in what was missing for Stefan's team. The were drained, depleted and working at low levels of productivity. They put in lots of hours, but they weren't producing the quantity or quality that reflected those hours.

As a result, they had to put in more hours to meet production standards. Quality suffered even more. Soon, the team began to experience a host of problems -- increased workplace injuries, more sick days than usual, constant conflict, and higher turnover. That's what led to the suggestion about team building.

Why Is Team Building Important for Dignity and Respect?

When we interviewed employees, we found that many were feeling marginalized and used. They didn't feel valued or esteemed. They stopped giving their all when the company (and Stefan) stopped treating them with dignity. They didn't feel respected, so they no longer acted in ways that were respectful of their jobs and their employer.

It got worse. At first, everyone banded together because they shared this common feeling of being de-valued. But that solidarity was short-lived. The bigger the backlog of work, the more people on the team felt used and abused by each other. Finger-pointing became the norm. Soon, no one was supporting or respecting each other.

Dignifying others helps them to feel important and valued. Feeling this way at work leads people to be more engaged. Engaged employees apply additional discretionary effort to the work they do.

Asking people for peak performance day after day is counter-productive. They'll do it, vigorously and with commitment. At first. Then they'll get bored with routines and start going through the motions. Without recognition and encouragement, productivity levels will decline... And the vicious circle Stefan was experiencing will kick in.

Giving people opportunities to recharge means getting higher levels of productivity. Not because they've rested but because they've been valued and feel important. Team building adds an element of fun and camaraderie to the recharging time. It gives teams an opportunity to also dignify each other and form bonds that translate into better working relationships.

Showing people respect means investing in them to help them learn and grow and thrive in the workplace. Team building gave Stefan an opportunity to show this kind of respect to his team (eventually, when he relented and agreed to a workshop... only after losing 60% of his team to turnover and worker's comp absences).

Why Is Team Building Important for Morale?

Employee morale is one of those things that everyone talks about but no one quite understands.

Morale is defined as an emotional or mental condition marked by confidence, cheerfulness and zeal, even in the face of opposition or hardship. What team doesn't need that from time to time!?

Studies abound and consistently conclude that low morale can lead to poor cooperation, 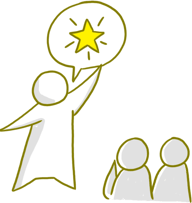 declines in productivity and increased turnover.

The Great Places to Work Institute says that the #1 way to improve employee morale is to keep employees feeling that their work is more than just a job. The belief that there is a higher meaning and purpose to their work also increases employee engagement and triggers them to apply additional discretionary effort.

Team building reminds employees that they're all in it together. They rely on each other and are working for and with each other, not just for the paycheck. Done well, team building workshops also reiterate the company's mission and ignite enthusiasm about its vision and values. This creates a sense of belonging and an emotional commitment to the workplace and the team.

Why Is Team Building Important for Team Effectiveness?

Last, but certainly not least is the impact that team building has on the effectiveness of the team. Stefan was skeptical about this and it took a long time for him to begrudgingly accepted the stern recommendation of his boss.

When he hired People First Productivity Solutions to conduct a series of team building  workshops, he asked about the ROI. He was not interested in the "fluffy" benefits like improved morale and team member dignity. He wanted to know that his team's time invested would pay off in terms of higher output. 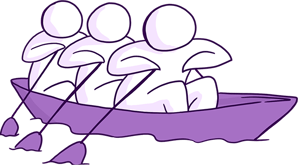 I offered him the classic example of people rowing in unison vs. some rowing backwards and some not rowing at all. I asked him what he believed the difference could be if all members of the team were rowing, together, applying additional discretionary effort to "reach the other side."

His answer surprised me. He said he wanted a 2% increase in productivity. When he'd taken over the team, production levels were nearly 20% higher than they were now, so this modest goal felt like a safe one to aim toward.

The first team building workshop was on a Friday. The following week, the team posted the best numbers of the year -- nearly 25% higher than the prior week. Even Stefan acknowledged that they "seemed happy and focused."

But those numbers didn't hold. They dipped, week after week, until the next quarter's team building workshop. Another spike, this one bigger than the first. It held for three weeks this time. Third quarter, the same... But something else was happening, too. Turnover and absences and injuries dramatically declined. Quality improved significantly. Conflicts abated, and complaints subsided.

The team was working together as a unit. Team effectiveness was no longer compromised by poor morale, feelings of being disrespected, low engagement, high turnover or the other impairments that surfaced when the team felt used and depleted.

Stefan supplemented his team workshops with leadership coaching and improved managerial practices. It's been three years since this turnaround, and his team continues to post high levels of productivity and engagement.

Next Steps for to Boost Dignity, Respect, Morale and Team Effectiveness for Your Team: