It was a weekend retreat in December, and I was facilitating the forming/norming of a new cross-functional team. We started with a roundtable to generate ideas for the teamwork skills list they'd asked to create. The first contributor, Jessica, offered "helpful." Across the table came a swift and angry response from Mike: "This ain't the Salvation Army, and I'm no Santa Claus. Just do your part and I'll do mine." 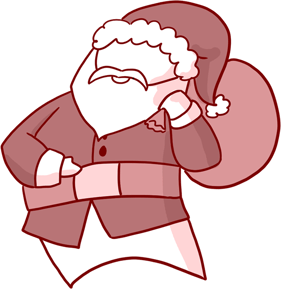 All eyes widened and turned to me. In my head I said "I didn't pick him... why are you looking at me?" To the group, though, I said "Let's get real for a minute. How many of you can honestly say you haven't felt exactly the same way on a team before?" The hardest part of facilitating is being okay in that awkward silence after you pose a tough question. I waited. Eyes looked away and down, then sideways toward each other. A nervous laugh broke the silence, unleashing a torrent of stories about team experiences that had made people feel just as Mike did.

Mike's gut reaction to the word "helpful" is indicative of what happens when teams go overboard. "All for one and one for all" and "there's no I in team" and "we're all in this together" are outcomes of team unity, not mandates that should be imposed on newly forming teams.

Human nature has to be taken into account. It would be unreasonable to expect every team member to dedicate himself or herself to a group effort without first having ample motivation to do so. Getting assurance of others' equivalent dedication is also essential. Until then "looking out for #1" will override the best of intentions.

That's why the definition of an effective team includes both the attainment of group and individual goals as a barometer of success.

And it's certainly why the skills you'd aim for on a new team include different skills than you'd expect of a fully formed and functioning team.

The skills individuals bring to the new team will be shared. This, in and of itself, will help the team's members to evolve as their own skill sets grow. Likewise, as the team gets acquainted and learns to trust one another, the list of skills should evolve, too.

These skills are the building blocks of higher level team skills that will come in time. Unless these foundations are built first, time and effort spent building more advanced skills will be wasted.

Building team skills starting with building individual skills. A weak link in the team is, ultimately, the responsibility of the team. Rather than carrying someone with a skills gap, why not work -- for the team -- on development that strengthens this link? Individually and collectively, these are the foundational skills to build for long-term team effectivenss:

Since it's a short list of seemingly simple interpersonal skills, most teams neglect to focus on these basics. That is always a mistake. The neglect on the front end results in lost time, bad feelings, rework, impaired results and responses like Mike's.

No matter how seasoned individuals may be in these skills, coming together with new people means starting from scratch. How will each individual communicate with each other individual? What are the unique considerations within this group to ensure all voices are heard? How can we establish solid trust within this new group?

That's why I was there at the retreat in December. The team lead had seen too many teams fail because they had not attended to the basics early on. As I write this, it's only 8 weeks later. Even so, that team is charging ahead and functioning very well together because they worked out the underlying issues (all teams have them!) and came together at the onset.

Over time, this team will grow. A team that aspires to be effective over the long term will continue working to develop these skills individually and collectively. These next-level team skills will rest on the foundation built in strong communication, inclusivity and trust. Naming them early on sets the expectation. Understanding that some take time to develop is, in and of itself, a benevolent approach.

Why Your Teamwork Skills List Should Aim to Include Benevolence

In addition to the CONNECT2Win Skills Checklist for teams, there's an old-fashioned notion to consider, too. It's implied in the checklist but worth calling out on its own, lest it be forgotten.

To be effective long term, team members will become benevolent. It's a natural outgrowth of the earlier work done to build other skills for the team.

Benevolent: characterized by or expressing goodwill or kindly feelings; desiring to help others; charitable; intended for benefits rather than profit; kindhearted.

Not at first. It's too much to ask. It's an aspirational quality to develop over time.

But for long-standing teams, benevolence is what will get you through the tough times. It's what will allow the evolution to get to "all for one and one for all" commitment.

Goodwill and wishing well for teammates replaces internal competition and seeking individual glory. A desire to help others on the team simultaneously expands the capacity of every teacher and learner. Focusing on group benefits rather than individual gain drives team effectiveness and, ultimately, delivers on individual goals, too (as described above).

Without benevolence, teams are little more than groups of people tasked with a common goal. There's nothing special about those groups, nothing particularly motivating or gratifying besides the work product. Benevolence opens people to each other and ushers in far more rewarding experiences for every member of a team.

Next Steps for Assigning Teamwork Roles and Building Benevolent Teams: