This will, almost certainly, be a provocative statement.

Observing leaders in business, I think it’s fair to say that there are three levels of leadership skills development. I’ll classify them this way. 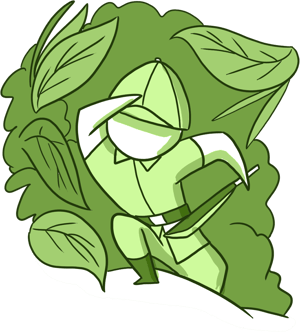 Emerging Leaders come from all age groups and all levels on the org chart. They may not have titular authority, but they don’t need it because willingly choose to follow them as a result of their actions. They are often high achievers, but that’s not a pre-requisite for leadership. Most importantly, they display many of the characteristics, traits, attributes, and behaviors of leaders that we’ve been covering in this CONNECT2Lead series, Words to Lead by.

Command & Control Leaders are often new to a managerial role. They misunderstand what it means to be a supervisor and how to go about getting work done through other people. They haven’t been given training or role models who know how to lead people while managing work. They lack soft skills or suppress them because they think that will make them ineffective (WRONG!). They often become toxic leaders because they use force and authority instead of truly engaging employees and enlisting them in a shared vision. Their egos are fragile, and they often lack confidence. That’s why they do things “by the book” instead of focusing on people.

Heart & Soul Leaders have learned, sometimes through trial and error, that command and control isn’t sustainable or supportable. These are often leaders who have grown over time. They’ve rediscovered some of the natural tendencies they exhibited as emerging leaders before they were ruined by titles that went to their head or pressures and expectations that misled them. Of course, not every leader goes through a command-and-control stage. And not every command-and-control leader evolves into one who leads with heart and soul.

Getting to the third level requires counterintuitive thinking about control, motivation, and mistakes. The most effective leaders develop to the point where they can let go of control, are motivated by the success and growth of others, and see mistakes as learning opportunities. They are rare and special. Working with them is incredibly gratifying.

In 1939, Alfred Hitchcock coined the term MacGuffin to refer to a plot device that motivates the characters and advances the story. He gave the example “The MacGuffin is the thing that the spies are after but the audience doesn’t care.” MacGuffins can be objects, emotions, or events. They are necessary to the plot because they show what drives the characters. But they are, by themselves, insignificant and otherwise irrelevant. Oftentimes, by the end of a movie, the MacGuffin has been completely forgotten.

A classic example of the MacGuffin is the Holy Grail that legend tells us King Arthur was seeking. The Holy Grail is the object that motivates him and advances the story. But we never learn what happened to the Grail. It remains a mystery. As the rest of the story unfolds, Arthur’s original motivation matters less and less.

In modern times, Marvel’s Infinity Stones are a MacGuffin for numerous characters. You get the idea.

What motivates you? What is your inspiration and underlying drive? Don’t let it get lost in the drama of the unfolding story or the crisis of the moment. Don’t let it be forgotten, just a side note, by the end of the story.

Emerging Leaders tend to have motivations related to security, stability, and establishing themselves.

Command & Control Leaders often are driven by power and prestige.

Heart & Soul Leaders seem to be more inspired by others’ success and fulfilled by the trails they blazed in making things better for others.

In golf, a Mulligan is a do-over. Mulligans are opportunities to try again. In golf, mulligans are against the formal rules. But, informally, players are sometimes allowed to replay a stroke, especially if the first attempt has hampered by some unusual blunder or external interference. When a mulligan is granted, it doesn’t count against the player as an extra stroke.

The use of the word Mulligan as a synonym for second chance has become so widespread that October 17 has been deemed National Mulligan Day. Imagine: a whole day every year to try again. It’s also a great day to offer do-overs to others. Everyone could use a fresh start or a clean slate on something!

In the workplace, Mulligans aren’t available often enough. That’s partly because people don’t ask for them or make a case for them. Instead, we hide our failures or blame others for them. We distance ourselves from the work or people related to those failures, at least until the dust settles. We don’t admit our mistakes, own up to them, and boldly dive back in to try again.

Leaders ought to challenge others to rise above those negative feelings related to failing. They should make a point to offer Mulligans so that people will more frequently try, fail, and try again. That’s how we learn and grow.

It may be uncomfortable to ask for a Mulligan or to take one that’s offered. Acknowledging the first failure and setting yourself up, potentially, for another one is daunting. But not doing that only leads to stagnation and continued feelings on ineptness. Better to try and try again (and again!) so that you conquer and master the task at hand.

Emerging Leaders seem to understand this, at least until they experience blowback from someone who doesn’t believe in Mulligans. Then they become fearful and more tentative about trying new things.

Command & Control Leaders seem to resist this approach. They want it done right the first time, every time (or at least that’s how it feels to others). They’re stingy with Mulligans and make you feel badly if you take one. They don’t allow for mistakes, and they punish failure.

Heart & Soul Leaders nurture growth and encourage Mulligans. They even take some themselves, modeling the behavior of openly admitting mistakes and describing what they learned when things didn’t go as planned.

Never Too Late to Start… Always Too Early to Quit! Leadership Skills Are Never Fully Developed

It’s frightening because so many people stop working on their leadership once they attain a certain job level. If they think being granted the title is the same as being complete as a leader, they often fail in that role.

It’s empowering because it means we never have to accept where we are right now. We can, in a myriad of ways, continually develop as leaders. We can take charge of our own leadership development, no matter what our position on the org chart is and no matter how early or late we are in our careers.

Where are you? What level best describes your leadership development? Are you giving people Mulligans? Do you know your own MacGuffin? Do you know what motivates others, too?

No matter where you are right now as a leader, commit to reaching higher. Not higher on the career ladder, but higher in frequency of leadership behaviors and higher in your aim to develop other leaders, too.