Team Examples of Rehabilitating Leaders Who Had Gone Astray

Leaders are human. They screw up. 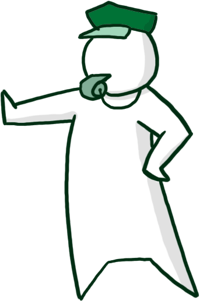 Team members have a better read than anyone else on what team leaders need to do to improve. After all, the team is impacted most by a leader's mistakes. And it's the team that's there to see what's happening.

Strong teams give feedback to their leaders. Strong leaders ask for and consider that feedback, making it safe to share.

It's a dangerous myth that team members have to acquiesce to a leader who is misguided. It's a disservice to the team to merely accept that a flawed leader will always be hopelessly flawed. And it's a mistake to let your leader hold back the entire team.

Team members, operating with compassion and an intent to make things better for the team, can and should speak up to help a floundering leader. It's not okay to stand by and do nothing. You owe it to yourself, your team mates and your leader to at least try and turn things around.

It's only fair to share one of my own stories first.

It wasn't easy for others to work for me in my first Sales Manager job. I went from peer to boss overnight, winning the role over two others in the office who had more tenure with the company. Not only that, I'd been the top seller for years and my intensity was no secret. That alone was intimidating.

I consider myself fortunate that my team members were also my long-time friends. Even though my boss actions weren't very friendly, most of them gave me time and patience to learn and grow into my role. But one brave conversation stands out.

Dave, a sales rep, told me he was having some problems and asked me to go to lunch so we could talk about them away from the office. We went to a nice place, Remington's, where they had a red pepper jelly that is still on my list of all-time favorite condiments.

After ordering, Dave opened with "I have to tell you that I have a really big problem and so do a lot of people in the office..... It's you."

He went on to give me an analogy of a ship's captain on turbulent seas. He said he understood that I was trying to keep the ship on course despite the turbulence. And then he said that no one on rough seas wants to see the captain in a state of panic. He told me it would help everyone if I could just maintain my cool a little better.

Sure, I was embarrassed. Despite the red pepper jelly, I lost my appetite. I may have cried.

I told Dave I appreciated him telling me and that I'd work on this problem. After several sleepless nights, I enrolled in a manager training class (paid out of my own pocket because I wasn't about to let my boss know how badly I was struggling!).

I kept the visual of the ship's captain and the rough seas in my head. I keep it in mind to this day. It's a reminder about how to behave whenever the waves get rough.

In that moment, Dave taught me an enduring lesson about what it meant to be a leader.

I've been grateful every day since that he had the courage to have that frank conversation with me. Sometimes, team members need to care enough about the leader and the team to take bold steps like he did.

In all three examples, people on the front line knew there were problems. They knew their leaders were making poor choices. They were uncomfortable with the current situation but remained silent.

This is not an indictment of the individuals in those situations. The politics and personal risks are not ours to second guess. What we can learn from those examples, though, is that there are also consequences to inaction.

I'd like to believe that there are some who spoke up and tried to make a difference. When they realized they were not going to see change, they left with their heads held high. They knew they had done what they could, and they had no regrets because you can lead a horse to water but you can't make it drink.

If you find yourself witnessing bad business practices, especially those that could have devastating consequences, try to find a way to speak up. Do it with an intention of helping others because it's the "right" thing to do. But, more importantly, do it for yourself so you won't have regrets later on.

Dave used an analogy, a story and visual, I could relate to.

You can use stories about well-known companies like Wells Fargo and let your leader know you don't want to be one of the people who passively went along with something that wasn't quite right. You can use examples from your past about team leaders who made a shift and became more effective. You can even use specifics from your own team to paint the picture of what works and what doesn't.

Enter in to the conversation with your example and your good intentions. This is about supporting your leader and helping your team. Do this for yourself, too, but do it in a way that you'd want someone to approach you. That's what made it possible for me to understand and accept what Dave said that day, all those years ago, when I really needed someone to show me the way.

Next Steps for Building Team Effectiveness with Your Team

Your team needs you and your input. Why not suggest one of these tools or approaches to strengthen your team?


CONNECT2Win is the blog for everyone who works with anyone. Published weekly, the emphasis in 2017 is on the basics of team effectiveness for team leaders and all team members who want to contribute at a higher level.