What Does it Mean to Be a Team Player at Work?

You may not even realize you're doing it. That's why, when someone says you're not a very good team player at work, you're taken aback by the comment. 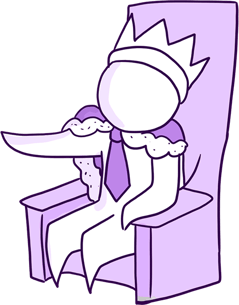 Your intentions are good. You're doing what you do because you feel it's best for the team. But...Acting in any of these five ways will earn you the reputation of not being a team player at work. Despite your best intentions, without meaning any harm, you're behaving in a way that others view as ego-driven, not team-spirited.

Quiz: What's the Biggest Roadblock to Your Career Advancement?

It's inevitable. Someone on a team has more experience and knowledge than others. The Expert may, indeed, have all the answers... that worked in the past.

What The Expert doesn't have is new ideas, new perspectives and the collective experiences of the group (that may surpass his/her own if given a chance). The Expert also

doesn't have group support and buy-in.

The Expert is often well-meaning. Giving the answers and explaining how things were done in the past is meant to save time, break down barriers and get a "sure thing" solution.

When The Expert fails to seek and understand others' input, though, it looks more like it's about The Expert's know-it-all ego.

Another well-meaning type tries to represent others' ideas and perspectives, sometimes challenging The Expert or the "powers that be" in a group. The Advocate does seek out others' input, usually in side conversations 1-to-1 instead of with the full team.

The Expert or others. But The Advocate sometimes goes too far and ends up stripping others of their dignity by speaking for them instead of bringing their voice out.

To others, this begins to look like a power play. The Advocate shelters and nurtures a subset of the group which, over time, limits the individual effectiveness and visibility of those team members. All the while, The Advocate is getting more air time.

These dynamics seldom play out well. The Advocate begins to be seen as a divisive force. The people who rely on The Advocate are seen as weak. Their lack of speaking for themselves causes others to believe they lack courage and ideas of their own.

Good intentions are obvious with The Giver. People on the team appreciate what The Giver does for them. The Giver makes them feel special in some way.

Some Givers offer advice. Some are purveyors of information and seem to be "in the know" about all the office gossip. Some Givers provide treats or host celebrations or keep well-stocked candy jars on their desks. Some even give their time to help with errands or to serve on endless committees.

to the team because of the giving. Being valued for being liked or being generous isn't the same as being valued for the contribution to reaching the team's goals. Others on the team often feel conflicted, liking and appreciating The Giver while also resenting that The Giver doesn't seem to be focused on the more pressing and urgent matters that are tied to team achievement.

This can create a backlash and hurt feelings. The Giver continues to give and doesn't comprehend why people want more or different things. Blurring the lines between responsibilities to the team and extra niceties for the team puts extra burden on others. In some cases, this can begin to seem like The Giver is giving to dodge work and/or to fuel his or her own ego, wanting to be liked and constantly giving to obligate others to him or her.

Either way, The Superstar is not seen as a team player at work. No matter how significant the contribution, others feel minimized by The Superstar's lack of respect for them. The

Superstar may not mean to convey that they think they're superior to or more important than others. But that's exactly what it feels like to others.

The Superstar's bad behaviors may seem little more than annoying in isolation. "I'm too busy" or "I can't be bothered" is, for them, a way of prioritizing or rationalizing other choices made. What they may not realize is how much impact there is on the rest of the team when they fail to do their part.

Diva behaviors suggest self-importance. Self-importance says, loudly and clearly, that others simply aren't as important. That hurts worse than the unfinished work others may have to do.

It may not look like ego at first, but The Accommodater's actions can also be interpreted in this way. Being overly accommodating appears, to many, to be more concerned with being liked than with being effective.

In teams, conflict will occasionally occur. It's unhealthy for people on a team to always

agree. The Accommodater actually limits team effectiveness by not speaking up or pushing back to stir new ideas.

The Accommodater, like anyone, has a breaking point. It can be devastating to a team when The Accommodater reaches his or hers. The complete shut down or avoidance or out-of-the-blue defensiveness can take the team by surprise and feel unfair to others who were only taking because that's what The Accommodater had conditioned them to do.

If You've Inadvertently Adopted One of These Roles on Your Team...

Think twice before you continue these behaviors. Most will serve you well in the short-term and cost you dearly in the long-term. Your reputation and impact will be diminished. Whether or not you're actually being driven by your ego, consider how others may perceive what you're doing.

Balance your behaviors. Ask for others' input. Encourage others to use their own voice. Be sure you do the work that will ensure you are valued for your contribution to the team's measured goals. Be respectful of others' time and remember that they, too, are busy and equally important. Be consistent and use your voice to help the team perform at its best.

Next Steps for becoming a Team Player at Work

Awareness is a great place to start. Interpersonal issues, ego clashes and misperceptions at work can fester if left unattended. If you're looking for ways to get your team back on track, take action today!