Are You Failing Forward Often Enough?

Failure is inevitable. Your response to failure determines whether that failure helps or hurts you. Failing forward requires being an active participant in the failure. As soon as you think of yourself as a victim of failure, you’ve lost the opportunities that can come from it. 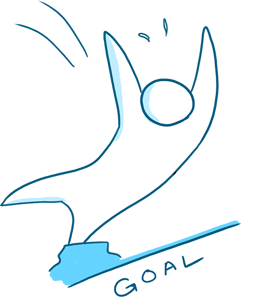 That’s why looking for ways to fail forward is a healthy, growth-oriented approach that boosts personal effectiveness. If you’re so afraid of failure that you won’t attempt anything new, then it will be impossible to achieve any more than you already have.

Are You Thinking about Failure in a Self-Limiting Way?

Without failure, there can never be success.

It doesn’t usually work out that the first attempt at something is the last, best, most successful attempt. First, we fail. From that failure, we learn. We try again. We improve. Eventually, we do succeed. This is just a simple fact of life.

Even so, we tend to hide or deny our failures (even from ourselves when possible). We shift blame and quickly move away from anything less than perfect. By doing so, we miss out on our very best learning opportunities.

Instead of beating a hasty retreat from our failures, we should embrace them. In fact, we should proudly own them. They are badges of honor that signal our humility, our willingness to learn, our struggle to succeed, and our humanness. Only when we own our failures can we move past them and on to something better.

When you get comfortable with YOUR FAILURE, you can move away from the judgment of it (which was likely self-imposed). You can look at it objectively, dissect it, see what caused it, consider it from every angle, and completely disempower it. You take control of YOUR failure and turn it into your success.

If you won’t own it, you’ll continue to feel it in that other context that’s both a spelling error and a mindset mistake. Instead of YOUR failure you’ll see it as YOU’RE failure. It will have a hold on you that prevents you from moving forward. It will be like quicksand, and you will be stuck.

Remember: no one else will have labeled it that way, the way you think they have (YOU’RE failure). If you are able to objectively look around, you’ll see that no one is laughing and pointing. This is all overblown in your own mind because we try so hard to avoid failure. You are not failure. You are human, and all humans fail. The only thing that really matters is how you handle your failure.

You have the power to own it, to make it YOUR FAILURE. Only when you take it, accept it, learn from it and move on can you truly succeed.

How Failing Forward Leads to Success

Strong organizations establish a learning culture that places a premium on the acts related to learning. Highly effective people do the same, valuing the act of learning and the experiences that contribute to their own learning. Rather than avoiding situations where they don’t have all the answers, highly effective people seek out and actively participate in learning activities with no pretense of having all the answers.

To shift toward this failing forward and learning approach, set goals related to learning. Develop plans and choose focus areas that give you a chance to experiment, fail, and find value in doing so. They don't cover up their mistakes. They share them so others can learn from them, too.

Vulnerability. Learning, failing, trying again, maybe failing again... It takes courage and confidence to be this vulnerable. Especially when others are watching.

What people remember, though, isn't the failure. It's the tenacity to try again. It's the comeback. It's the way failure is handled that makes the difference.

People who focus exclusively on performance hit a career wall. Being perfect in all you do eventually exposes resistance to learning and growing. The most successful people are those who stretch themselves, unafraid to flounder as they learn something new.

Those growth goals are what ultimately lead to success. It’s incremental. It may even be messy, and it certainly won’t be perfectly linear. You may feel that you’re taking two steps backwards for every small step forward. Stick with it! Learning is fraught with moments of doubt, unexpected challenges, and occasional confusion. Expect it, accept it, and double down on working through it.

You’ll inch closer to success with every failure that includes learning. What’s more, that learning will serve you well in other ways, including:

Failing forward puts the value of learning in a priority position. Doing so removes the stigma of performance failure. Through learning, you’ll grow and the performance will come in time -- not instantly, but certainly sooner than it will for those who won’t even try.

Getting Started Is the Hardest Part. Try This.

It’s easy to pontificate about the merits of failing forward. It’s even easy to accept the general idea that learning leads to growth and, eventually, to success.

What’s not so easy is taking the plunge.

That’s why it’s best to start small. Pick a pursuit that doesn’t involve high stakes. If it’s urgent, extremely important, under the microscope, or career-defining, then the stakes are too high for a novice in failing.

There are plenty of low stake alternatives, including some that no one else would ever notice. To build confidence in failing forward and habits for owning your failure, look for suitable opportunities to fail, learn, and grow.

Commit to finding these opportunities and pursuing failure in them. For example, work on speaking up at meetings or on gaining business acumen about a functional area that isn’t your own expertise. The worst that can happen is that you’ll momentarily feel mildly embarrassed. That’s okay! Learn what to do differently the next time. Try that modification. Reflect again, learn more, and make another adjustment.

This works best when you commit to failing and learning. Set a goal to fail and learn something every single day. Celebrate your learning and reward your failures that resulted in learning. Be proud of yourself for taking those micro risks and turning them into something positive.

When you find yourself slipping into self-doubt or recriminations, call a time-out. Ask yourself these questions to get back on track:

By asking these questions, you’ll mitigate emotions and balance them with logic. Having both inputs will give you more to work with. By analyzing failure opportunities and deliberately failing forward, you’ll soon become more comfortable with failure and can totally own it.

Topics: failing forward, why wait to be great series