A Leader's Story: What Happens When You Don't Maintain Credibility

nectLinda felt like she'd been sucker punched. After all the 70-hour work weeks, all the personal sacrifices, all the ideas to accelerate and expand the scope of this project... this was the thanks she got? How dare they blame her for the turnover numbers, the team's negativity and her "inability to maintain credibility" when she was a victim like everyone else during times of rapid change! 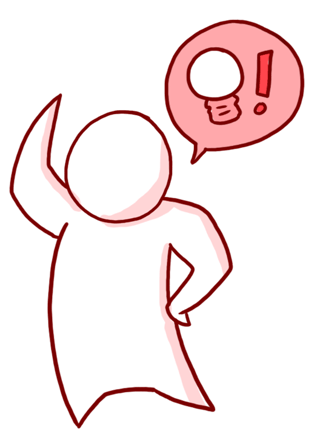 Sure, Linda knew she was often double-booked and sometimes didn't make it to meetings. She'd also admit she was terse and impatient with people. But who could blame her? She was incredibly busy and getting pulled in a lot of different directions. So what if she was a little scattered or a little anti-social at times, right? After all, the work was getting done. Mostly.     So why were these exit interviews surfacing Linda's name? Why did members of her team blame her for their departure? Could it really be that bad?

That's where we started when I became her Coach. Linda was one of the hardest-working managers I've ever met. She was passionate, driven and getting results. She was technically gifted and well-known in her field. She had been on a fast track to a director-level role, and her current project was expected to launch her career into the stratosphere.

Until now. Until this "mini mutiny" as Linda called it. She said the faithless rats were jumping ship and over-reacting to rough waters; that they'd be sorry when the tides turned and left them all washed up. She was angry.

Linda was particularly upset by those who dared to impugn her credibility. She seriously considered bringing charges of defamation against one employee who posted negative comments on Glassdoor.

Like Linda, a lot of leaders do everything else right and do the biggest thing wrong. For them, a big old blind spot about their own credibility can completely derail a career and create a toxic work environment for others.

Leaders who lose credibility ultimately lose everything. That's what almost happened to Linda.

To Maintain Credibility, Leaders Have to Pay Attention to Its Component Pieces

Linda lapsed in the little things. Those little things weren't so little to her direct reports, peers and others who were contributing to the project.

Among the so-called little things that Linda was overlooking:

Any one lapse in any one of these things would've been forgiven and forgotten. But these lapses had become Linda's norm. Even worse, Linda justified her actions in ways that were downright insulting to others.

As her Coach, I had the opportunity to shadow Linda for 5 two-hour time blocks. At first, it was painful to watch. She'd say things like "I can't talk to you now because I have a high-profile presentation to prepare for" and "You're going to have to figure that out on your own. Can't you see how busy I am?"

Like a lot of rising star leaders, Linda mistakenly believed these behaviors were acceptable. She'd seen them modeled by senior leaders throughout her career. She thought her status and title and access meant that she would be treated differently and entitled her to view others differently, too.

When a Leader Fails to Maintain Credibility, Morale Suffers

In week two of our coaching engagement, Linda told me she was ashamed because she'd been acting as if she was more important than anyone else. This awareness was a huge step forward. She didn't mean to, she said, but she realized she'd been telling people that her needs superseded their own and that they didn't matter to her.

Linda was so ashamed that she seriously considered leaving the company and starting over somewhere else. She was willing to do the hard repair work needed, but she didn't

feel she deserved a second chance. A wise mentor inside the company convinced her to stay and, in her own words, "redeem herself" by being the kind of leader her group deserved.

Morale was extremely low. People felt cheated by Linda's original vision and what seemed like her abandonment of it. Her lapses were judged harshly. She worked so hard and expected so much that people felt she was using them to get her own promotion. She missed so many meetings that she was mocked with an empty chair that someone draped a sheet over to signify she was a "ghost" in the group. Her ideas, once inspiring and exciting to the group, were now largely ignored and called "Linda's flavor of the day."

People left because they did not feel they could be successful. They felt marginalized and unappreciated. They felt betrayed by Linda, a leader who many had looked forward to working with thanks to her reputation.

Linda genuinely wanted to turn things around. One resource that Linda found helpful was a tool we developed for each of The Six Disciplines for Earning and Sustaining Credibility (from the book Credibility by Jim Kouzes and Barry Posner).

The Six Disciplines for Earning and Sustaining Credibility:

According to the research reported in Credibility by Jim Kouzes and Barry Posner, these are the words used most often when people describe what it's like to work for a leader they admire and like.

Notice how many of these words pertain to being uplifted and to feeling confident and strengthened. People who feel like this don't feel as burned out. They are more likely to weather those storms and stay onboard until the ship is sailing smoothly again. This is what Linda's team had lost. It's what she set out to restore.

A Leader's Credibility (Or Lack of It) Has Far-Reaching Implications

Fortunately, Linda was a quick study. Reflecting her comments and others' reactions back to her helped her regain awareness of her impact and the damage she was doing. She took accountability, made changes over time and re-recruited two people back to the company after offering heartfelt apologies for her actions.

I wish I could say everyone lived happily ever after. Regrettably, though, there were some relationships with colleagues and one with a vendor that were irreparable. Six years later, Linda still has to deal with some of the fallout. She lost her shot at an industry award due to the "bad press" she received. Overall, she survived and the remaining team has thrived. What Linda wishes is that she'd protected her credibility instead of assuming that once earned it would always be intact.

Your Next Steps to Build and Maintain Credibility:

Don't make the same mistakes Linda made. Establish and guard your credibility in everything you do. Here are some ways we can help you build, maintain and restore your leadership credibility:
1.Take the steps to name and claim your values and develop your own Personal Leadership Philosophy. Examples, tools and a step-by-step guide are available here.
2. Sign up for our DIY Leadership Boot Camp. You'll become a better team leader in 6 short weeks with these infographics and short tutorials on leading more effectively.

3. Find out if coaching is right for you. This simple self-assessment will help you determine whether or not it makes sense for you to work with an Executive Coach at this point.