A Leader's Story: To Be a Better Leader, I Have to Do WHAT?!!

"Gratitude is what you get when you remember what it's like to do without. Gratitude is the feeling of being toasty warm but remembering what it felt like when you were shivering out in the cold." 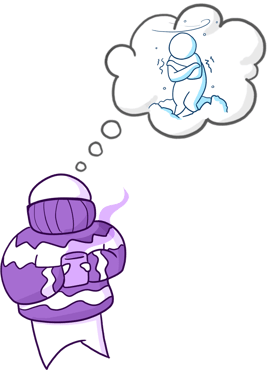 That's how Terry opened his speech on day 2 of our leadership workshop.
The overnight assignment was to create a vision. It's one of the most important things leaders do, after all, so this was a starting point for a group of global leaders in a Silicon Valley tech company.

Everyone in that room squirmed when Terry shared his vision. It was deeply personal, and it was all about expressing gratitude (not just appreciation). It was direct in pointing out how often we feel gratitude but fail to act on that feeling.

Terry's vision was to change workplace culture by making acts of gratitude a daily routine.

To be a better leader, I have to express my gratitude to every person on my team every single day

Terry was sincere when he said this. His intentions were good.

It turned out to be much harder than he anticipated. Even though it was his idea, his vision and his commitment, Terry erupted one day three weeks later when his accountability partner asked him about this.

Among the reasons Terry gave:

There's potential truth in every one of Terry's concerns. So his accountability partner sided with Terry and told him to just go back to doing things the way he used to. It was "good enough" he reasoned.

This was like reverse psychology, causing Terry to do a 180 and recommit to his original vision. He genuinely wanted to figure out a way to express more gratitude to his team.

His accountability partner followed up by asking "why is this so important to you?" Terry had a long list of reasons. From them, a theme emerged. Terry valued each member of his

team. He cared deeply about each individual. He has stories about the extraordinary efforts and impact each had made. He said he'd never worked with such an incredible team, and he wanted them to know just how much he cared for and appreciated them.

He concluded that his best shot at retaining this team was making sure they knew how much they were valued. And, he ended, he wanted his gratitude to be so clear and so enduring that people would always know what they had meant to him.

With newfound commitment, Terry reframed his goal. He realized he was letting the details interfere with the desired outcomes. It didn't have to be doing something for every person every day. What he really wanted to ensure was a a feeling that lasted.

To be a better leader, I will make sure people know that I am deeply and sincerely grateful for their contribution

Take two was more realistic. It took the pressure off and made this fun again for Terry.

It also gave him leeway to get creative in the ways he praised, appreciated, recognized, celebrated, rewarded and encouraged his team.

Over time, it became more natural to express gratitude. Terry no longer felt like he was repeating himself or being inauthentic. He learned to recognize his genuine feelings of gratitude instead of hunting for reasons to be grateful.

His concerns about looking ridiculous were alleviated when more and more people took note and started emulating Terry's actions. He soon felt like he was getting plenty of gratitude reserves as others expressed their appreciation for his efforts.

There was just one more thing to do. Terry realized that he wasn't hitting the mark 100% of the time. So, again, he modified his goal. Take three added the following statement:

To be a better leader, I need you to tell me how you prefer to be recognized and appreciated

Terry discovered The Five Languages of Appreciation and realized he was primarily using one language, his own.

When he individualized the ways he expressed gratitude, specific to each individual, he found that people responded even more. They seem buoyed by his acts of gratitude more than they had in the past.

When everyone understood the different ways people express their appreciation, 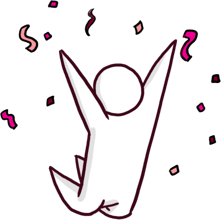 something else happened, too. They realized that others had been showing gratitude all along, just in ways that weren't as obvious or as deeply meaningful. People weren't getting full credit for their gratitude because it wasn't understood when the giver used a different language than the recipient.

Terry was shocked. He thought he'd abandoned that goal. Turns out, though, that he achieved it when he was no longer trying so hard. It wasn't something he was doing. It was something he was allowing himself to feel. And that's what led to the actions he'd initially struggled so hard to master.

What will it take for YOU to become a better leader? Here are some tools to help you find out and get started