A Leader's Story: The Core Values of a Leader Often Require Boldness

This was the moment of truth. Robert inhaled, sat up a bit straighter, and said "NO." It was a bold move, only possible because he'd pre-defined what the core values of a leader would look like -- for him -- in action. 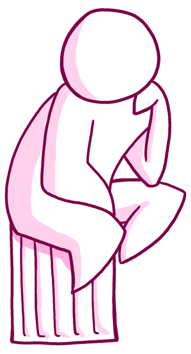 Robert was emboldened by the work he'd done beforehand, the work that would give him clarity about his own principles and values. Without that preparation, Robert says, he almost certainly would have said "yes." Doing so would have been disastrous.  What happened that day had been brewing for months. The pressure to perform had never been greater as the company pinched pennies. Only two potential buyers remained, and the executive team's fatigue and desperation was beginning to show.

Robert watched as three long-time colleagues, his friend, were escorted off the premises. Each had refused to comply with department cutbacks they believed would result in safety issues. Robert felt relieved, knowing he wouldn't be asked to do anything drastic. After all, sales people drive top line revenue... so the sales division, he reasoned, would be insulated from the draconian cuts being made.

Robert stood by when the sales support functions were dismantled, and sellers were left to do their own order processing and administrative work. He justified these moves to his sellers, explaining it was only temporary and they could all "take one for the team."

Robert even acquiesced when he was asked to take a 30% pay cut. By now, he understood that the company would be dissolved if it wasn't sold soon. He wanted to do his part to protect the company and make it attractive to buyers. He'd saved enough over the years, he told his family, that they would not be affected short-term. He had faith that the long-term payoff would work out favorably.

The Day Robert Said "No" because of His Core Values

But on this day, Robert said "no." He didn't hesitate or equivocate. He said "no" loudly and proudly. He said it again when the CEO suggested he take a moment to think it over. He said an emphatic "no" a third and final time when threatened. On that third "no" he added the words "I quit" even though doing so meant giving up the certain severance package that would have come from being terminated.

What made Robert say "no" after he'd accepted a pay cut? After he'd toiled to fill in gaps when his sales team lost its support staff? After he'd seen his friends get fired for holding their own ground rather than see people put in a dangerous situation?

After all that, Robert refused to yield on a value that he held near and dear. That value was family, and Robert wasn't going to be renege on a promise he'd made to help out with the care of his father that weekend. His sisters had been bearing the brunt of the care, and they desperately needed a break.

The executive team wanted him to join them that weekend as they visited a buyer to try and close the deal. Robert's golfing and selling skills, along with his likability would have made him an asset in this extended meeting 1,400 miles from home. In their efforts to convince Robert, they offered to pay for in-home nursing care. They suggested Robert's wife could do the caretaking, and one offered his own wife's help, too.

Robert remained resolute. He quit because he felt disrespected and pressured to do something that violated the core values of a leader he'd selected for himself: family, keeping promises, work/life balance, integrity and honor.

Leaving the only company he'd ever worked for was a bold move. For Robert, it was the only move. His choice was validated in three profound ways: he received four good job offers within a week, he was not mixed up in the eventual lawsuit that resulted from that golfing weekend where his colleagues misled the buyer, and he was there when his father took his last breath.

There were no regrets. Robert had clarity in that moment of truth, and he had self-assuredness about his decison. Here are the three leadership lessons we can learn from Robert.

The Core Values of a Leader Must Be Pre-Determined

Earlier in his career, Robert has not clear on his values. As a result, he neglected his family and failed to keep his promises. His marriage suffered. His colleagues and direct reports couldn't count on him. He was unpredictable. He worked long hours and spent a lot of time with his golf buddies. But he was unfulfilled and felt aimless.

In an executive team building retreat, one where emerging leaders were being developed by shadowing executives, Robert named and claimed his values. It was a card-sorting exercise to help team members understand each other better. But, for Robert, it was a turning point. He went on to develop his Personal Leadership Philosophy, and he made a commitment to himself to align his actions with his values and beliefs.

Nine years later, Robert's work on clarifying and living out his values was put to this test. But, by then, what he did was second nature. His values guided his actions. Although his values dictated a bold move, there was no other choice for Robert.

The Core Values of a Leader Aren't Situational

Having worked on alignment of actions and values for nine years, Robert already knew that values aren't situational. They don't get tucked away until they are needed as a defense. They don't hidden away when they are inconvenient. They are front and center, all day, every day.

Early on, mired in deeply rooted habits, Robert tried to make his values malleable to fit his weekend plans or to suit his whims. He made mistakes. He found, for him, being absolutely committed to his five core values kept him from making relationship and workplace mistakes. He felt better about himself. He had fewer decisions to make once he put everything through the "values checker" (his mental process for making decisions that would align his actions with his values).

For Robert, the clarity and determination to live his values consistently gave him confidence and strength. He got his mojo back. He earned the trust and respect of colleagues. He became a role model and was sought out as a mentor. People clamored to work on his team.

As we described in last week's CONNECT2Lead blog post about how boldness helps leaders get ahead, Robert was now seen as bold and authentic. He was seen as a leader. He earned steady promotions and felt good about the contributions he was making to the company while also enjoying the restoration of his family.

Each time he was tested and stayed true to his values, Robert became emboldened as a leader and stronger as an individual. He radiated authenticity and confidence. That's why he was so quickly pursued when he walked out of the executive suite that day. It all started by getting a firm foothold in his own values.

Next Steps to name and claim your core values as a leader:

1.Take the steps to name and claim your values and develop your own Personal Leadership Philosophy. Examples, tools and a step-by-step guide are available here.
2. Sign up for our DIY Leadership Boot Camp. You'll become a better team leader in 6 short weeks with these infographics and short tutorials on leading more effectively.
3. Find out if coaching is right for you. This simple self-assessment will help you determine whether or not it makes sense for you to work with an Executive Coach at this point.