3 Characteristics of an Effective Office Team

Team camaraderie is attracive. People gravitate to teams where there is synergy, support and mutual respect. They want to work with those teams, be a part of those teams and be affiliated with an effective office team. 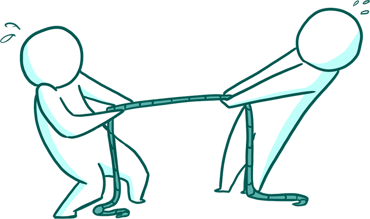 When team members tear each other down or compete with each other, the team culture is toxic. Others avoid interactions with these teams. Team members, too, draw inward and interact at bare minimum levels.

Characteristics of an effective office team are observable

Team actions and culture are observable, even palpable. There's a vibe you can instantly feel when you enter a team meeting. Upbeat, productive, united teams have an energy that is attractive. Downtrodden teams with infighting and poor group dynamics have a different kind of energy altogether.

Effective teams are inclusive and attractive to others. They:

Team members know someone's always got their back. They may not agree, but they don't let disagreement rip them apart. They present a united front and avoid side conversations that exclude certain members of the team.

2. Honor the chain of trust

On highly effective teams, there's less rework and duplication. That's because there's effective delegating and shared decision making. If one team member trusts an individual, all team members trust that individual. Things get done because team members don't feel a need to micro-manage each other or inspect other's work.

3. Give each other benefit of the doubt

People make mistakes. On strong teams, people assume the error was unintentional and work to help correct it. They don't focus on shame and blame. Instead, they see failure as a way to learn and improve.

No one wants to work on a cannibalistic team. Seeing people go after each other diminishes a team's credibility and creates a climate of mistrust. Strong teams are strong because every member seeks to strengthen every other member.

Want do more work on building the characteristics of an effective team?

Start by assessing your own actions on the team. Are you contributing to the team's reputation as an inclusive, healthy and united group that gets work done effectively?

Be sure youre also checking for unconscious bias! This can derail an effective office team in surprising and subtle ways. Check out this course on People First Leadership Academy to learn more.