The Crucial Difference Between Boss and Leader 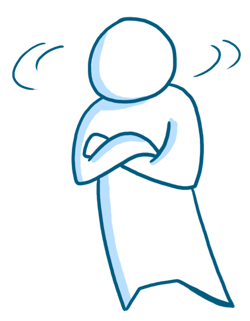 I was recently reminded of the difference between boss and leader -- and how so often this is misunderstood.

I was watching a couple of kids on the playground and saw a stark contrast between one who said, “C’mon on, guys, let's go over here,” and another who was rather sulky and a bit surly and was stomping her foot and demanding that people do it her way.

The first child is the one that others chose to willingly follow. As she was beckoning with her hand, lots of kids were coming over and joining in. It sounded fun. It was an invitation to participate in something new and exciting. Nobody wanted to do things the way the other girl was suggesting that they must do it. They weren't nearly as interested in doing it her way as they were in doing something they were invited to do freely and with fun being part of the equation.


Difference Between Boss and Leader: Control Vs. Soul

Your behavioral choices do make you a leader -- someone who others will choose willingly to follow. When you operate by inviting others in, by showing them an exciting place to go, that's when you will lead. When you emotionally engage others and you work with them human-to-human, not boss-to-subordinate, that's when you will be a leader. When you set yourself up with credibility, you'll be a leader. When you treat others with dignity and respect, they will see you as a leader.

If you’d like to learn more about becoming a leader or developing your supervisory skills, be sure to check out our popular program Workplace Conversations. It’s available to organizations of any size as a group workshop or for self-paced e-learning you can access on your own. You can learn more about executive coaching and other ways we put people first at www.peoplefirstps.com.