Bosses behaving badly in the workplace has some new additions to the list of employee grievances. Executive etiquette standards for remote settings and virtual meetings need to be updated, so move over Emily Post!

Virtual Meetings Have Their Own Rules of Etiquette 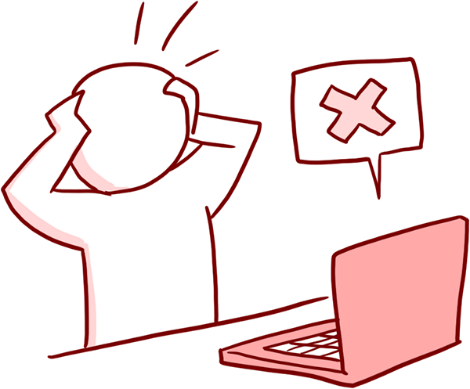 When the pandemic first forced rapid work-from-home adjustments, most people were understanding and patient with the technology challenges, home and background distractions, casual dress and demeanor, and adjustments to work hours.

Since then, most have figured out how to adjust the lighting and look into the camera when talking, why it’s a bad idea to multitask during virtual meetings, and what technology tools are needed for connectivity and smooth participation in meetings.

Note: that’s most, but not all… When even one participant in a meeting isn’t set up effectively, it’s disruptive for everyone. And when the disruptor is the senior person in the meeting, it’s often a waste of time for everyone involved.

That’s why the new rules of executive need to include:

The golden rule still applies when it comes executive etiquette – do unto others… Executives and managers need to set the standards and model expected behaviors. Virtual meetings and work-from-home protocols are still ambiguous for many. If your company has not yet established clear guidelines and expectations, employees have only one way to tell what’s acceptable: They’re watching what executives and managers do. And they’re emulating those behaviors, even in meetings with clients.

Mind Your Manners! But, How?

Stop making excuses for the little things you’re doing that seem like no big deal. Take these steps to improve virtual meetings and to set a better example for others.

1. Get your technology issues fixed.

Stop making excuses. Internet bandwidth issues need to be addressed, even if it means you have to find an alternate location for certain meetings. Get a decent camera, microphone, computer, and whatever else you need to see and be seen during meetings and to hear and be heard.

2. Set up a productive and professional workspace for on-camera meetings.

If you can’t control the activity in your background, get a background screen and/or use a virtual background. Distance yourself from the barking dog. Select meeting times when the kids are most likely to be occupied. Have the pen, paper, data, and whatever else you need at your fingertips.

3. Be considerate when scheduling meetings.

No more ambush meetings! When people feel like they have to drop everything to meet with you, it sets the wrong tone for the meeting. They can’t focus because they’re concerned about the consequences of cancelling other appointments and getting behind on deliverables they planned to work on. Schedule in advance and consult others calendars first. Make sure your meetings are productive and that the right people are there (and ONLY the right people). Distribute agendas/topics in advance, and alert people ahead of time if you’re expecting them to be on camera.

4. Be sensitive to screentime overload.

In one recent study with 10,000 employees, Gibbs/Engel found that total work has increased by an average of 30% including an 18% rise in working beyond normal business hours. Time spent in meetings increased significantly, and the number of uninterrupted work hours declined.


Make sure the meetings you request aren’t unnecessarily contributing to screentime burnout!


1. Eliminate distractions and focus during meetings.

It’s not okay to walk the dog and provide a running commentary on traffic and other distractions during a meeting. It’s not acceptable to have your head turned to a second screen where you’re answering emails while meeting with people. And it’s not polite to constantly check your phone or tend to other matters when people are talking.

To ennoble others and signal that they are important and worthy of your time, full focus is absolutely essential.

2. Work on inclusivity and engagement.

People may not be convenient and easily accessible to you like they are in a shared workspace. You have to replace hallway chats and MBWA (management by walking around) with outreach to connect with people.

This is more important than ever before. People may feel isolated. When they’re not consulted about decisions that impact them, they feel displaced. When they’re blindsided by changes they don’t agree with, they can’t fully commit (and they feel undervalued, too, if they may have been to contribute to improving something but weren’t involved).

Without a sense of team camaraderie and support from colleagues, it’s difficult for employees to feel fully included and engaged. Research demonstrates the importance of making sure every employee feels that their work is meaningful. Without regular and deliberate reminders, this is likely to be forgotten.

Actions speak louder than words. If it’s okay for you to show up to morning meetings with that just-rolled-outta-bed look, then don’t be surprised when an employee does the same as they meet with a customer. If you are ultra-casual with word choice, crunching an apple, or starting happy hour early during meetings, you’re signaling that similar behaviors are okay for employees, too.

It's better to err on the side of too professional than too casual. Circling back to reprimand an employee who dressed inappropriately or offended a customer isn’t easy when your own behaviors set the standard.

Pre-Covid data revealed that only 25% of employees describe their workplace as a happy one, and less than half were happy in their current job role. Sadly, these numbers have fallen even more since work-from-home and other protective measures altered the workplace locations and relationships for so many employees.

Gallup’s recent analysis found that 48% of America’s workers are actively job searching. Businesses already have a record number of unfilled positions and resignation rates are already at all-time highs.

In various surveys, up to 90% of employees say that they would accept less pay in exchange for being able to do work that is more meaningful.

Unfortunately, fewer than 20% of employees worldwide see a connection between their company's public perception and their own work experience. In other words, the meaning they want to have in their work isn't what they're being realized in their day-to-day experience.

What does this have to do with executive etiquette? EVERYTHING!

More than ever before, employees need to see that executives and managers care about them as people. They need to get a little extra time with team members and management to feel a sense of belonging and get a renewed sense of commitment. They need reminders about how their work is meaningful, important, and appreciated.

Those little etiquette breaches add up. What does it say to someone if you’re not paying attention during a virtual meeting? If you’re multitasking when they speak? If you won’t take the time to look and act professional vs. making the meeting seem like an afterthought or an add on to your day and preferred activities? Imagine how it feels when you call meetings without much notice, implying that your time and schedule is more important than any one else’s.

The little things add up. Etiquette’s original meaning, from French origin, was “to attach.” Let that be a reminder that these little things can bring us together and form stronger bonds. Don’t let your neglect of the little things drive employees away. 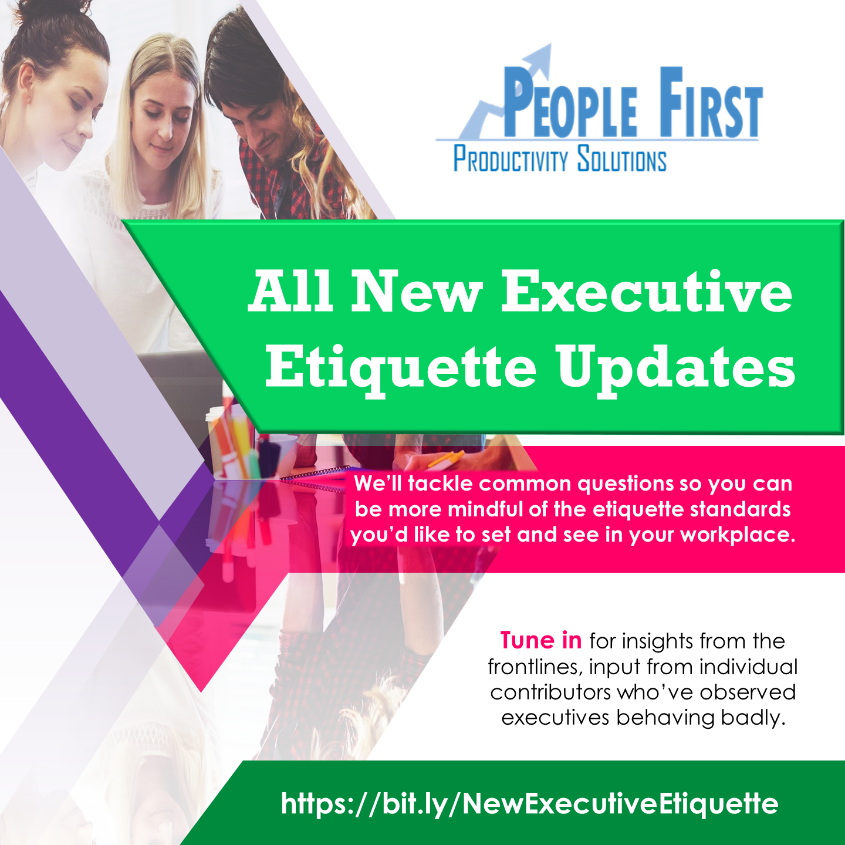