Future-Proof Your Career with these Qualities of a Good Leader

Once upon a time, leadership was associated with a command-and-control persona. Military leaders with authority, political figures with charisma, larger-than-life sports legends, and high-power CEOs were considered leaders by virtue of their positions, successes, and vast numbers of followers (even when those followers were merely incidental).

Our perception of leadership has evolved. Consider these differences:

Sports teams, workplaces, and all types of organizations give us examples of how leadership has changed. There aren’t single leaders but teams of leaders linked to success. There’s also a component of character that we gauge as we evaluate leaders.

Industrial and business leaders like Andrew Carnegie, Cornelius Vanderbilt, J.P. Morgan, and John D. Rockefeller were celebrated for their business success, not for their philanthropic endeavors. We think of their legacy in terms of wealth and power, not in terms of their impact on our infrastructure and daily lives.

By contrast, today’s high-profile business and industrial leaders like Bill Gates, Elon Musk, Richard Branson, and Mark Zuckerberg are as well-known for their foundations and charitable giving as they are for their wealth and success. 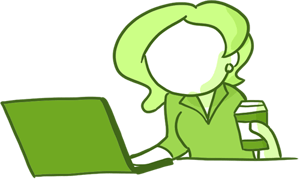 We’re tackling the topic of leadership evolution in this CONNECT2Lead post, a part of The Words to Lead By series, because there are so many misunderstandings about leadership. There’s a lot of carryover from perceptions about leadership as it used to be vs. how it is today.

For example, in workshops we almost always encounter the misperception that leadership and senior management are the same thing. They aren’t. A person can have titular authority and an elevated role, but that doesn’t make that executive a leader. Leadership, by its very definition, requires followers. Not all executives have followers (at least not willing ones!).

Another common misperception is that leadership is reserved for a select few who are imbued with certain personality traits or other advantages. That’s not true. Everyone has, at times, been a leader. Everyone will, at some point, need to lead. Everyone can be a leader. It’s simply a matter of choice.

That’s where things stand today. But what will it take to lead in the future? This is the question that anyone who aspires to become a leader should ponder.

Operating on yesteryear perceptions of leadership puts you at risk of losing followers. People always have a choice about who they follow. Sure, they might be compelled to comply with a manager, but when presented with an alternate who inspires them, people will follow that leader (even if it puts them at odds with a manager).

To catch up and prepare yourself for future leadership, you’ll first have to shed those old habits and perceptions that are outmoded. People won’t follow you if you’re expecting them to treat you the way leaders of yesteryear were treated. If you think leadership is about the leader, you’re gravely mistaken!

Today’s leaders represent the people they serve. They listen. They care. They take the slings and arrows when necessary to protect people. The work they do is on behalf of their constituents, not in service of their own agenda.

The Qualities of a Good Leader Are Continually Evolving

In a rapidly changing world, our perceptions of leaders will continue to evolve. We’ve covered the essential characteristics of leaders exhaustively in this series. What we’ve pointed out in previous posts is that different characteristics seem to be emerging when it comes to our expectations of leaders. We want certain qualities to be evident in the people we choose to follow… but those qualities aren’t necessarily the same today as they were in yesteryear.

Presumably, then, the qualities we admire and seek in leaders will not be the same in the future as they are now. It’s up to the leaders to remain tuned in to the people and responsive to their preferences. Leaders who isolate themselves, operate on stale information, exist in an echo chamber, or try to force their will on others will not succeed in earning and retaining followers.

"One of the tests of leadership is the ability to recognize a problem before it becomes an emergency." - Arnold Glasow

Leaders recognize when change is afoot. They respond. They try new things instead of entrenching themselves in the status quo. They push for continual improvement. Why wouldn’t they do the same when it comes to their own development?

Changing your qualities may not be easy and certainly can’t happen overnight (unless you’re faking it… and that won’t be sustainable). But here’s some good news. The behaviors that make leaders successful are largely unchanged in the 35 years that Jim Kouzes and Barry Posner have been researching leadership. They’ve identified the behaviors that cause others to willingly choose to follow a leader.

While you’re working on your qualities, you can rely on these proven behaviors to make you more effective as a leader. This evidence-based framework, The Five Practices of Exemplary Leadership®, is backed by global research with over 5 million people. You can read more about it in The Leadership Challenge®.

Once you’ve started working on leadership behaviors and shifted from old-school perceptions about leadership, you’ll be ready to think about your future leadership, too, and how it will need to evolve.

As an executive coach and student of employee engagement, I predict that these three qualities are going to become increasingly important for leaders in the near future.

Critical thinking is the ability to evaluate information, make well-reasoned connections, and form judgments. It involves logic, analysis, interpretation, inference, problem-solving, and quality decision-making. Research indicates that this is a skill that fewer people exhibit today than in previous decades.

This video playlist introduces 40 aspects of critical thinking that are essential for navigating through a volatile world and will become more important for tomorrow’s leaders.

Objectivity, a byproduct of good critical thinking skills, helps leaders see a bigger and clearer picture. To be more objective, leaders have to recognize, acknowledge, and set aside their own biases. (We all have them!) Confirmation bias, in particular is a barrier to objectivity.

Confirmation bias is when we subconsciously prefer or prioritize certain sources or types of information because they confirm our pre-existing beliefs. This video explains how to be more objective and more discerning about the sources of information you rely on.

Influence vs. authority is the natural extension of heart-and-soul leadership vs. command-and-control authoritarian management. Influence is the capacity to have an effect on something or someone even when you can’t force compliance. Authority is the power to give orders or make decisions unilaterally.

Influence is more powerful than authority. While authority may result in swift action and serves a purpose in some situations, influence is what causes people to do the best job possible and to do it even when you’re not looking. Influence is not some Svengali-like control that you have over people. Instead, it’s what happens naturally when leaders understand, care, and respond to others.

Add these three words to our growing list of essential leadership qualities, characteristics, traits, and attributes. They will differentiate leaders of the future from those who flounder because they don’t have the ability to think critically and with objectivity and influence others.

Topics: leadership development, words to lead by, Qualities of a Good Leader