How Leaders Promote Diversity and Inclusion in the Workplace

There are two questions with a single, same answer that we’re going to tackle in this CONNECT2Lead post. As promised, we’ll be addressing how leaders can begin to diversify the sources of information they rely on and access. Additionally, since it’s the very same strategy, we’ll be looking at how leaders promote diversity and inclusion in the workplace.

The answer to both questions won’t be comprehensive. Our intention is to give you a good starting point that will immediately help AND will lead to next steps you can also take in these important initiatives.

Understanding Your Own Echo Chamber 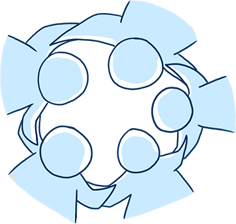 We’ve all got one, and we all prefer to stay in our own echo chamber. It’s safe, easy, and comfortable there. An echo chamber is defined as “an environment in which a person encounters only beliefs or opinions that coincide with their own, so that their existing views are reinforced and alternative ideas are not considered.”

Here’s how an echo chamber forms:

Once you recognize that you’ve been operating inside an echo chamber, you have two choices. Double down on your commitment to it or liberate yourself from it. Doubling down means you’re imposing limitations of yourself and those who are impacted by your decisions. Liberating yourself means taking some heat and losing some allies. This is not a decision that should be made lightly.

A personal story about abandoning my own echo chamber

About five years ago, I decided to break free from my own echo chamber. I realized that the resources I was relying on, the people I was hanging out with, and the news sources I went back to over and over again were giving me a very narrow perspective. And I liked it, I enjoyed it, I felt validated by it… but I realized I was limiting myself. So I decided to get out of my own echo chamber.

I pushed myself every day for three solid months. Every single day, I watched YouTube videos and looked at news sources that I otherwise would not look at it. They aren't the ones that have historically been my preferred sources. These were sources I had previously scorned. I did not do this to change my mind. I did not do this to find ammo so that I could attack other people's beliefs. I didn't do this for any other reason, except that I wanted to have a more well-rounded perspective.

I wanted to understand more. Here's the result:

This turned out to be a really good experience for me, even though it was downright agonizing at the beginning.

When you get started, you may have a hard time, too. Brace for it. You may want to plug your ears or avert your eyes when exposed to others’ contrary opinions. In those moments when you find yourself entrenched, defending your own point of view, having strong visceral reactions, or dismissing other perspectives, know that those are warning signs. They’re warning you that you're a little vulnerable in your own opinion. Your conditioned response will be to bolster your beliefs and seek comfort inside your echo chamber.

That’s when it’s most important of all to open yourself up and be more receptive to what’s different from your own ideas and beliefs. To do that, you’ll have to develop an appreciation for alternate views and others’ perspectives.

Valuing What You Don’t Know or Understand

Leadership dignifies others, considers the needs of others, and focuses on striving toward the common good for a group. Focusing on winning arguments, getting your own way, or being the ultimate authority won’t leave room for dignifying, considering, or supporting others.

Leaders often fail spectacularly when they lack the humility to learn from others and to seek diverse points of view. Titans of business have often been undone by their own hubris. Entire industries have been crippled by pervasive echo chambers that denied obvious needs to change (read the print edition of your local newspaper lately?).

Mistakes are made when groupthink, pride and ego supersede a yearning for more and better and diverse information.

Sadly, we tend to celebrate those who are knowledgeable and have answers more than we recognize those who are curious and ask great questions. We reinforce the very qualities that inhibit exploration, innovation, inclusion, and inspiration.

That’s why it’s important to value what you DON’T already know. Rather than pretending you know it all or don’t need to know what’s inconvenient, develop a passion for pursuing new information and diverse points of view.

When you don’t understand something, don’t “fake it ‘til you make it” or sweep it under the rug. Instead, dive in. Commit to understanding. Seek out those who have diverse points of view and understand things in a different way than you do.

Remain open and spongey when it comes to new information. There’s no need to judge it immediately. Dismissing information that doesn’t match your preconceived ideas is a sign of weakness, not strength.

Strive to be more:

When you develop these qualities and a genuine appreciate for differing viewpoints, you’ll be better equipped for promoting diversity and inclusion in the workplace AND on your way to becoming a strong critical thinker

This Is How Leaders Promote Diversity and Inclusion in the Workplace (a starting point!)

Diversity and inclusion don’t happen because HR offers a few training courses or develops a few new hiring and succession management strategies. Those are performative measures that only get an organization so far.

Leadership commitment is absolutely essential to creating truly diverse and inclusive workplaces. But that commitment must extend beyond greenlighting initiatives and giving lip service to the idea. Leaders MUST set the example.

The first step is in genuinely valuing others’ opinions, ideas, experiences, and input. When you see how dramatically your organization can be enriched by getting out of its own echo chamber, you’ll make genuine and regular efforts to reach out to others. (And, yes, your organization does have an echo chamber… affinity bias also impacts who we hire and promote and turn to for ideas/input!)

The steps to getting there are:

While this is not a full prescription for promoting diversity and inclusion, it’s a great place to start. By modeling these behaviors, you’ll dignify others and set a standard that does far more than any performative measure.

This Is Also How Leaders Get Additional Insights and Information

At the very same time, you’ll be getting high-value information and new insights. You’ll begin to see things differently. You’ll have more options. You’ll be ahead of competitors and other status quo thinkers who have limited themselves by staying in the confines of their own echo chambers.

Frankly, there is no downside to being better informed and more well-rounded. Though counterintuitive, being open to more information sources and individuals’ inputs will reduce feelings of information overload and give you more to work with in less time.

It really is as simple as asking people for their input and perspective. Asking a VARIETY of people, including the ones who are least like you and most likely to think differently than you do. When you ask, be sure to listen without judging. Ask follow up questions in an effort to genuinely understand. You can reject the ideas later and defend your own ideas in the future. Initially, just listen and objectively consider what’s being offered.

By gathering information in a way that’s inclusive, you’ll soon deconstruct some of your echo chamber. Beware though! It will never go away entirely, and it will always be a trap in those times when you feel most uncomfortable or pressured to make a quick decision.