Bucket lists, New Year’s resolutions, fitness apps, competitions, KPIs, and grades in school all have one thing in common. They don’t focus on accidental achievement. Rather, they emphasize working toward a declared and desired outcome. Life goals are no different. 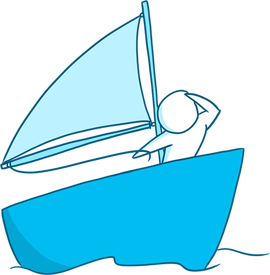 Now that we’ve examined personal potential and barriers to unleashing it, it’s time to get down to the “nuts and bolts” of HOW to find and activate your full potential.

We know that high performance in any endeavor comes from setting incremental goals, achieving them, and then stretching toward the next level. Olympic athletes who break world records don’t stop there. Instead, they work to break their own record and set the bar even higher.

When it comes to life goals that will push you toward your personal potential, set a destination and not an end point. Since you don’t know the outer limits of your potential, setting an end point would be self-limiting.

Why Life Goals Should Be Checkpoints Instead of Finish Lines

When you achieve a goal, you get a dopamine rush. It feels good to succeed. But the crash that comes next doesn’t feel so good. After the recognition, celebration, and acclimation to your new achievement, then what?

For some, the exhaustion of achievement leads to resting on their laurels. Having reached the goal, they stretch no further and rely on past success as a mark of their abilities. Resting on your laurels suppresses your potential because:

For others, once a goal is reached, there’s a sense of apathy. This can happen to those who peak early and effortlessly. Child actors, high school athletes, and others who peak early may look back fondly on their glory days and lament that things don’t come so easily anymore. Because they did not have to work as hard for early achievement, they are ill-equipped for the struggle that inevitably comes with stretching toward new challenges.

If you think you’ve already hit your peak, ask yourself these questions:

As long as you think of life goals as finish lines, you’ll be unable to push for what’s new, what’s next, and what else is possible. Once you reach a life goal, you’ll be left wondering “Now what?”

That’s why it’s more useful to think of life goals as checkpoints in the marathon of life. At checkpoints, you celebrate the progress you’ve made, restore yourself for the next leg of the race, and evaluate what you need to do differently to continue at a productive pace.

What You Really Need is Clarity about What You Want

Having goals is good. Having clarity about those goals and the higher meaning and purpose they serve is vastly more important.

Think about the WHY behind the life goals you set. What do they aim for? Why do they matter to you? What, ultimately, do they do for you and/or others who matter to you?

This clarity about the higher meaning and purpose is what will fuel you when you’re struggling. When you doubt you can stretch any higher, you’ll be buoyed by purpose. When your goals are infused with rich meaning, they unlock potential by motivating you and compelling you from deep within.

Here’s an example. Contrast the stories of these two executives.

One senior executive, Suzanne, had a goal to become the CEO of her tech company. Early in her career, she set a life goal to become a CEO. She worked hard, throughout her education and career, to position herself for achieving this goal. She swam upstream against office politics, stereotypes, detractors, and distractions. For more than a decade, she worked 60-hour weeks to prove herself over and over again.

When someone else was named CEO, Suzanne quit and found employment with a growing startup who seemed more amenable to considering her for a future spot at the top. She doubled down to learn the new company’s culture and products, logging 70-hour work weeks and trying to prove her dedication.

Suzanne was promoted into the CEO role 28 months later. She was elated at first. But then she found that she no longer felt passionate about her work. The board meetings and stakeholder expectations were a drain as the company prepared for an IPO. Her feelings of burnout, disengagement, and apathy were much stronger than her pride of accomplishment. The lucrative financial incentives and prestige of the position didn’t diminish those feelings. She told friends and family it was a classic case of “be careful what you wish for because you might just get it.”

Another senior executive, Rochelle, dedicated her life’s work to a cause she believed in deeply. As a child, she had experienced and witnessed poverty, homelessness, and food insecurity. She wanted to make a difference in the lives of single moms and their children by providing job training and housing support that would meaningfully change their circumstances.

Rochelle worked tirelessly to champion her cause, request and win grant money and other funding, demonstrate impact, encourage clients, sign up employers and educators, and make the difference she wanted to make. She worked 60-hour weeks to help people find stability and self-sufficiency.

When Rochelle was offered the senior role in the non-profit organization she worked with, she wasn’t sure she should take the role. She was concerned that it would take her out of the field and away from clients. She was concerned that she’d become a “paper pusher” instead of being able to truly make an impact. When she finally accepted the role, she said it was because she could “keep the vision alive and help people thrive by inspiring others to focus on what really matters.”

Ten years later… Suzanne took an early retirement and continues to feel a sense of emptiness and vague regret about her career choices. She travels and occasionally paints (a hobby she’d abandoned after college). Rochelle has helped organizations in 11 cities build services and programs like the ones she still oversees. Knowing that she has helped over 2,500 families achieve sustained security gives her a great sense of fulfillment and keeps her highly engaged in her work.

Setting a life goal that optimizes your personal potential is more about knowing what you value, what difference you want to make in the world, and what will bring you a sense of joy and fulfillment. It’s less about a metric like job title, amount of money in the bank, or awards won. The intrinsic motivation is what will keep you striving toward your untapped potential. Extrinsic motivation dangles carrots that inherently limit what you could do and be.

When you are clear about what really matters to you, life can be more fulfilling. You’ll have a certainty about what you want to do and be, and that will direct your efforts. The potential you unleash will be related to the difference you want to make.

There’s another important advantage that comes from clarity. When you’re clear about who you are, what you want, and why it matters, you’ll find that you’ve got more:

Your unfettered potential is yours for the taking. You’ll be more likely to take it and work through obstacles to claim it when you care about the purpose. Achievement for the sake of achievement is unsustainable and can create discontent. On the other hand, achievement that takes you closer to your clear and compelling purpose is achievement that is deeply satisfying.

If you’d like to learn more about getting clarity of purpose, understanding your own values and what drives you, or motivating others by discovering their values and purpose, take a look at the course offerings on People First Leadership Academy. One course that zeroes in on getting this kind of clarity is The Leadership Challenge® Live, offered to small cohorts throughout the year.

Topics: why wait to be great series, life goals