Teamwork in the Workplace: The Fastest Way to Lose an Ally

An alliance is defined as a merging of efforts or interests. We all rely on teamwork in the workplace to get things done, plus alliances to gain some sort of mutual benefit. “You scratch my back, and I’ll scratch yours” is an undeniable undercurrent and unwritten understanding that crosses all levels of the org chart.

Teamwork in the Workplace: Why Do We Alienate Allies? 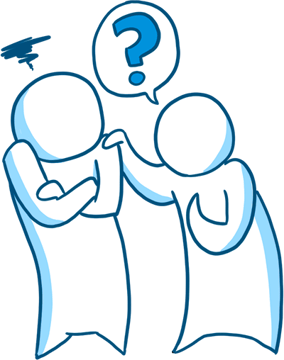 Despite the preponderance and importance of alliances, they are often broken. Sometimes, this happens accidentally. The alliance itself becomes a casualty of one party’s self-interest. Since there are no formal agreements regarding workplace alliances, they are easy to break.

Some alliances ought to be temporary and narrowly focused on one area of mutual interest or effort. These should be set forth with a common understanding of which interests and efforts are to be merged and for how long.

Others, though, are perceived by at least one party as being longer-term. They form because there is a great deal of support needed by each party. Co-workers, for example, look to each other as allies would. They join together to support one another. There is an unspoken expectation that this is to be an enduring alliance.

Here’s the problem. No one ever formally commits to an alliance. We keep our options open and form a variety of alliances which, sometimes, have competing interests. We navigate through these with varying degrees of finesse and may not even realize the impact of our actions on our allies.

The result of these casual and cavalier attitudes is that we accidentally alienate allies. We don’t intend to, and we often don’t even realize what has happened. Instead, we’re left to wonder why we aren’t getting the same level of support we’ve come to expect.

As an executive coach, I’ve seen this happen over and over again. People tell me that they have no idea what happened to strain a relationship. But when they get confidential feedback or ask directly, former allies recount times when they, first, felt abandoned or betrayed.

Here’s a classic example. A supply chain team relies heavily on each other for timely handoffs. In order to hit volume, on-time delivery and customer satisfaction goals, the sales team is dependent on key personnel and decisions made along the supply chain. However, one sales team member has an urgent issue and decided to leapfrog her peers and escalate an issue that could have been handled directly. This caused former allies on the supply chain to feel betrayed by the sales team member who did not interact with them directly (and got them a “talking to” by management).

You know how this ends. Not one week later, the same sales team member missed an order deadline. She went to her former allies, just as she had in the past, to request special dispensation on that deadline. Still stinging from what they perceived as a break in the alliance, the others along the supply chain who could have granted the deadline extension chose not to.

This type of scenario unfolds daily in the workplace. The fastest way to lose an ally is to betray an ally. Even small betrayals cause others to feel used and abused. No one has a desire to support someone who has proven to be unsupportive.

Since we don’t think in these terms, leaders may not even know who their true allies are. They may not fully realize who is thinking of them in these terms either. The only way to protect informal alliances is to consider others’ points of view when deciding on workplace actions. What will the impact be on others when you take action (or don’t take action)? What is the value of being considerate of what others need, want or expect from you? How can you become more conscientious about how your actions will affect others’ performance in their work and their perception about you?

Act like an ally. Don’t take allies for granted. Be prepared to scratch others’ backs, and be cautious when you act in a way that could have a negative impact on those you rely upon in merged interests or efforts.

(Editor's note: This article was originally posted in November 2014 and was recently updated.)