At the risk of sounding preachy, we’re continuing what we started last week in the CONNECT2Sell series on Critical Thinking. Last week, we looked at truth as an absolute standard that buyers demand. This week, it’s a similar take on credibility because that, too, is in short supply (at least according to buyers!).

That’s not to say that any of these assumptions are fair. It’s just that buyers expect the worse and are quick to believe that sellers are untruthful and lack credibility. We have to work all the harder to disprove those notions.

Without realizing it, you could be confirming buyers’ beliefs if you exhibit these lazy thinking habits that diminish your credibility in sales:

Each of these stems from taking mental shortcuts. Your attempts to ingratiate yourself to the buyer or grease the wheel so you can make a sale affect what you say and do. Instead of being honest, realistic, objective and sure about what you will or can do, you’re saying what you think the buyer wants to hear. Then you’re not following through to deliver on what you’ve implied or promised.

How to Recognize Dangerous Credibility Killers

In addition to the specific credibility killers listed above, there are some additional ways you can erode your credibility. These, too, are the result of lazy thinking. Each is an example of a passive response or a mental miss that comes from not fully analyzing and understand what’s being said. You might exhibit this kind of thinking and/or you might not catch it when others do. Either way, the fix is to recognize it and directly confront it when it happens.

Watch this video to learn more about:

Slow down. Know why you’re saying what you say. Think before speaking about how you will follow up and make good on what you promise.

Here are two examples from the field that illustrate how these lazy thinking habits can creep in to selling.

Rob was livid. His largest customer was considering a move to a competitor. As his customer ticked off all the reasons why he was entertaining this option, Rob got more and more outraged. Half the things the competitor claimed weren’t quite accurate. Some were outright lies. Rob lost it. He let loose with a tirade of expletive-laced attacks against the competitor including “They always pull this *#!%” and “I wouldn’t trust that weasel… there’s a good reason he no longer works for us!”

In just 30 seconds, Rob displayed inappropriate emotion vs. logical thinking. He indulged in conjecture and superlatives. He compromised his own and his company’s value to “take the high road” in winning business ethically.

Unfortunately, Rob responded to all the wrong things. The only reason the customer took a meeting with the competitor is because Rob had gotten a little lax in living up to his promises for expedited delivery and to issue a credit on an order that has been botched three months earlier.

Instead of resolving the problems and moving forward, Rob exacerbated the problem and gave the buyer additional reasons to doubt his credibility. It took two meetings with the Sales VP, a deeply discounted rate, and tickets to a football game to save the account. Oh, and the buyer insisted on working with a different seller.

Priyanka was frustrated. She’d been using the sales scripts provided by her company’s internal sales trainer. She had memorized them and worked on inflections so they wouldn’t sound canned. She knew the right answer for every objection, and she could deliver all the scripts without missing a beat. So why wasn’t she landing any appointments?

Reviewing Priyanka’s recorded calls revealed the problem. She wasn’t using any critical thinking. She was merely parroting what she’d been told to say. These weren’t conversations at all. They were awkward robo-calls, no matter how Priyanka delivered the scripts.

When asked, Priyanka had no idea why she was saying what she said. It’s as if she expected the words to do the work like some magic spell. She was reciting scripts, and her mental effort was dedicated to recollection. Her brainpower wasn’t in the moment and wasn’t focused on cause-and-effect or analysis of the situation.

Once she spent time considering why the scripts including certain key points and what these key points might mean to buyers, she became more nimble. She put her mental might into the conversation and began thinking so she could use her own words instead of regurgitating someone else’s.

These are just two examples of slip-ups sellers make. Any time you let lazy thinking supplant focused, critical thinking, you’re equally susceptible to problems like these.

Next Steps for Becoming More Effective in Sales Conversations

Practice noticing and correcting these lazy thinking habits in your day-to-day, outside-of-work conversations. It’s safer there! You’ll build the mental muscle for those high-stakes sales conversations.

This is part nine in the series of posts about why and how to build critical thinking skills you can use to excel in selling. Be sure to bookmark the CONNECT2Sell Blog or subscribe to our weekly newsletter so you won’t miss these posts. Each one offers additional ways to build your mental might. If you want to go back and catch up on the ones you’ve missed, just click on this link.

OUR GIFT TO CONNECT2SELL READERS 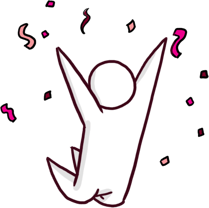 Download this complete webinar series to gain confidence and competence in every negotiation.