What Is Good Teamwork for a Team of Leaders? 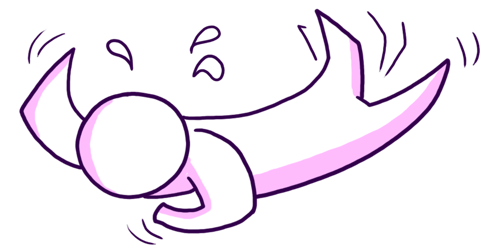 They expected other cross-functional teams to behave civilly, professionally and efficiently. But this senior leadership team simply could not get along.

The first time I facilitated a strategic planning meeting for this group of eight, they told me in advance that they didn't like each other. They needed a facilitator, they said, to referee and call time outs when things got too heated. My curiosity won, so I set my apprehensions aside to take this assignment.

Thirty minutes into the meeting, the CFO started pounding on the table. No one flinched (except me). An hour later, the CHRO walked out after being subjected to a vicious attack by two others. At break, I found her crying in the ladies room.

With five hours left in the day, I asked them to write down the answer to this question and pass it back to me without any discussion.

What benefit do you, personally, derive from this kind of interaction with this team?

It was a showstopper. Everyone wanted to know what the others had written, but I withheld that information so I could observe these "benefits" for myself. They included:

The disruption of that simple activity got us back on course for two solid hours. I honestly believe it was because no one wanted to give anyone else the "benefit" of their usual interactions.

It was two meetings and three months later before we could talk about changing these behaviors. They'd been doing this for years and weren't particularly motivated to change.

What Is Good Teamwork Going to Get Us?

This was the question that finally gave me something to work with.

I asked why the group didn't hold themselves to the same standard of teamwork that they asked of their employees. The response was that they truly did not see value in working as 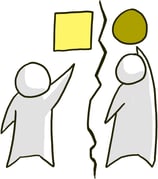 a team. For each member of this executive group, "team" was used to refer to the group they led.

I referenced Patrick Lencioni's classic and described the importance of a First Team.

First Team is the concept that executives band together and serve the Mission and strategic plan of the company, united. This is first because all other teams are subsidiary to this team and unity at the top matters greatly.

The CHRO, newest to the team, was the first to endorse the idea. The CEO said he could see the rationale but didn't think this team was capable of unifying.

What Is Good Teamwork when Team Members Compete with Each Other for Positioning and Resources?

What the CEO said was like magic. Every person in that room came together in that exact moment to tell the CEO how wrong he was. I never did find out if the CEO was crafty or lucky in how he handled this, but it was a pivotal moment.

I took the opening and asked "What would you have to do to make this happen?"

The initial list filled 2 sheets of flip chart paper. We pared it down to three commitments the group would have to make in order to transform into a First Team.

I added a fourth. They also needed to understand what good teamwork looked like so they could break years of bad habits.

Everyone was skeptical but interested. No one seemed to be against the idea of coming together as a First Team, but no one was fully convinced this was necessary. What propelled them forward was the challenge of proving the CEO wrong.

What Is Good Teamwork's Impact on Those Who Rely on the Team?

I heard lots of stories about meetings where someone regressed. I also heard stories about team members holding each other accountable to their commitments. And then I started hearing something else. 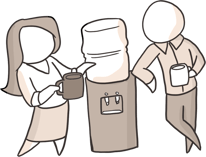 transpired. They were beginning to notice new behaviors. Members of the executive team consulted each other before making unilateral decisions. They didn't badmouth each other in front of functional area teams. Four of them golfed together in a charity event.

For some, this change was suspicious. Speculation ran rampant because this was so unusual. Over time, though, this became the new norm and people settled in.

Best of all, within six months of their transformation commitments, employees started to respond to each differently, too. As the leaders modeled a collaborative spirit, others followed suit.

The next year, for the first time in a decade, the employee engagement scores were significantly improved. Comments in the open response section revealed that stress levels were better and people were happier at work. Production and profitability were dramatically improved, too.

One administrative assistant described the change in workplace culture this way: "It's like when Mom and Dad go to marriage counseling and remember why they got married in the first place. There's a second honeymoon happening here."

Next Steps for Building Teamwork with Senior Teams

Your team may not be experiencing such dramatic dysfunction. But even little cracks in the senior team have a ripple effect that harms the business. If you're looking for ways to get back on track, take action today!


CONNECT2Win is the blog for everyone who works with anyone. Published weekly, the emphasis in 2017 is on the basics of team effectiveness for team leaders and all team members who want to contribute at a higher level.

Editor's note: This blog was originally published March 2016 and has been recently updated.