Add These Two to Your List of Good Team Leader Skills!

There are a lot of titles that are also good team leader skills. 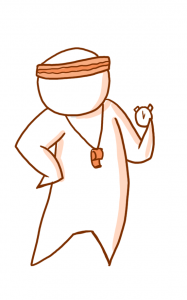 Among the most honorable titles in the world, I’d include Mentor and Coach. For me, these come just behind Wife and Mom.

What those four roles have in common include the following:

Sadly, there is one other thing they have in common. None of these terms has a universally accepted definition or standard. The titles mean different things to different people. As a result, the titles and the responsibilities associated with them, are often treated rather casually by the titleholders.

At the same time, the people on the receiving end of these titles may have a more serious meaning they are inferring from the title itself. Here’s an example:

I cross paths frequently with a person who calls himself a business coach. He has no training in the field of coaching, no credential. He is, however, a good listener and idea-generator. He is interesting and has worked with professionals in a variety of industries during his storied career. Naturally, people see him as competent and it makes sense to them to seek out his advice.

Because he doesn’t know better, this colleague “coaches” in a way that is very directive, telling people what to do in the situations they describe to him. His solutions work often enough that he can be considered successful as an advice-giver. Unfortunately, I am aware of two recent examples of his approach backfiring. In one case, the person he “coached” applied his advice and was terminated from her job. She had not told the “coach” all the details of the situation, and he had not asked for those details. In another case, a senior manager expressed frustration that members of his team were becoming overly reliant on this “coach” and going back frequently for advice rather than learning from coaching sessions and developing so they could autonomously make decisions.

In both examples, everyone involved (except the “coach”) was unpleasantly surprised and felt varying degrees of betrayal. The coach’s response was “They’re grown ups, and they need to figure out what to ask for and when.” The expectations were not established and communicated on the front end, and the job description of coach was never clear.

The way I define “Coach” is different from what this colleague does. I would call him a Mentor, not a Coach. Mentors teach what they know and are subject matter experts. Coaches extract what others know and help them to see and apply it in new ways. Coaches promote self-discovery while Mentors promote established practices. Both resources are helpful to anyone looking to grow and develop. But it is important to enter either relationship with common expectations so no one gets led astray.

Knowing the difference is important, but it’s not the main point here.

Making a difference is what both coaching and mentoring are all about.

Being able to understand what the Mentee or Coachee needs and wants to accomplish is an imperative first step. Being able to put their needs ahead of your own will sometimes be necessary – my colleague, for example, has a need to teach what he knows but that is not always what his clients are needing.

Effective Mentors and Coaches earn their clients’ trust because they do keep the clients best interests in mind. They take their roles very seriously, looking for ways to support and challenge their clients so that the outcome is development. The best Mentors and Coaches have a strong desire to help others, and they do this work because they want to help (not because they have to or feel like it is the next logical step in their career). Because they have a passion for the work of mentoring or coaching, they develop themselves, too, studying the best practices of Coaches and Mentors. They may even pursue a credential or certification to ensure they have had adequate training and skills practice before experimenting on others.

Like the role of Mother or Wife, the role of Coach or Mentor can be deeply gratifying. The investment of yourself in the role and in the people you touch makes a difference. You may not see it right away, but if you’ve done well it will come eventually. Just keep paying it forward.

1. Subscribe to the CONNECT2Lead Blog for weekly articles and ideas about leadership at every level.
2. Sign up for FREE training for Emerging Leaders. This will be delivered directly to your inbox. No cost, no obligation!
3. Attend our leadership development webinars to continually grow as a leader.