The chief complaint employees have about meetings is that they’re disorganized. The lack of organization and purpose in results in miserable meetings that are soul-sucking, time-wasting, and unproductive. By routinely assigning meeting roles and responsibilities, your meetings will instantly become more productive and organized. 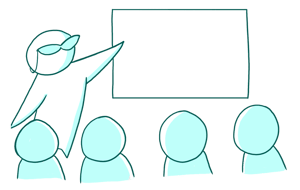 The roles needed will vary for each type of meeting.  For recurring meetings, rotate roles to engage all participants and develop their skills. Each role has its own responsibilities, and assuming the role is the best way to get appreciation for those responsibilities.

Why It’s So Important to Assign Meeting Roles and Responsibilities

Consider these three truths about meetings:

When participants are distracted, multitasking, or struggling to see the relevance of meeting topics, they are more likely to:

Lack of Organization During the Meeting

When all meting participants come in with different expectations and competing needs, a lack of organization green lights a free-for-all format. Hijacking an agenda with tangential topics, heightened emotionality, or filibuster delays is easy in the absence of organization.

Lack of Clarity about Next Steps

According to a Verizon study, The State of the Modern Meeting, 25% of people believe the biggest problem with meetings is that there’s no follow up on tasks and discussions.

Considering the lack of engagement and commitment, this is not surprising. Layer in the lack of organization and failure in most meetings to recap who will do what as a follow up… and it’s easy to understand why meetings so infrequently produce change.

Many teams report being in an endless string of meetings where the same issues are discussed but never resolved. Ideas are generated but never activated. Participants seem to have good intentions during the meeting, but there’s no evidence between meetings that anything has changed.

Even the obvious step is often left out. At the end of meetings, a recap of action items, expectations, deadlines, and accountabilities will increase the likelihood of getting things done. Don’t skip this part of the meeting! Better yet, assign meeting roles and responsibilities to ensure this level of clarity.

To boost engagement, ensure organization during the meeting, and mobilize post-meeting action, consider appointing participants to the roles described below.

Not every meeting requires every one of these roles. The bigger the meeting, the more roles you’ll want to consider filling. For higher stakes meetings, more of these roles are essential.

When possible, provide opportunities for team members to rotate through the various roles. Don’t bog down meeting time with debate about who will take on each role. Instead, assign the roles and post them at the beginning of the meeting (or in advance, on the distributed agenda).

Organizer: The person who determines who should be involved in a meeting, books a meeting location or furnishes the link for a virtual meeting, checks participants’ schedules, sends calendar invitations, compiles and distributes the agenda, sets up the meeting room with supplies and amenities, and provides any additional information needed so participants are prepared.

Host: The person who calls the meeting and has a specific desired outcome for the meeting. Works with the organizer and others to coordinate the meeting details. Assigns meeting roles and responsibilities.

Participant: Everyone who attends is a participant. Each participant is responsible for doing adequate preparation, showing up on time, participating fully, and staying engaged. Each participant should do their part before, during, and after the meeting to deliver on the desired outcome.

Presenter: The subject matter expert or person responsible for bringing information to the group. May or may not have another role in the meeting; may not be involved in the full meeting.

Timekeeper: The timekeeper’s responsibility is to keep the group on schedule. For example, the last 10 minutes of a meeting may be set aside for recapping action items and making sure everyone is on the same page. If so, the timekeeper alerts the group 15 minutes before the meeting end time to allow for a wrap up on discussion and shifting to action planning.

Recorder: Presumably, every meeting has discussion and next steps that are important enough to be recorded. A notetaker captures the decisions, highlights from discussion, parking lot items for another day, and commitments for next steps. This information is disseminated to all participants and to anyone who is part of the group but unable to attend the meeting. These notes may also be useful during the end-of-meeting recap.

Facilitator: Meeting hosts need not assume the role of facilitator. Oftentimes, the host is highly invested in the desired outcome and unable to be neutral. A facilitator ensures that all voices are heard and that discussions stay on track. Facilitators ask thought-provoking questions to draw out new ideas, latent concerns, and unspoken reservations. At times, enlisting a professional facilitator is imperative.

Process Observer: This role is especially important when you first shift to more organized, outcome-based meetings. The person in this role will use a form for assessing meeting practices. Allow 5 minutes at the end of the meeting for the Process Observer to give feedback about what could be improved. With attention on improved meeting practices, old habits will be replaced more quickly.

Devil’s Advocate: Some teams are prone to decision traps and group think. Some teams default to false harmony and miss out on productive conflict. The Devil’s Advocate is valuable for these teams who need to look at more options and mine for conflict. This will help the group avoid hasty decisions and unintended consequences that could’ve been avoided.

Tech Support: If the meeting is virtual or involves any tech for presentations, you’ll want to appoint someone to this role. It could be someone outside the group who has the necessary expertise.

Emcee: For certain types of meetings (e.g. town hall meetings, rallies), you may want to add an element of entertainment. An Emcee adds energy, humor, and transitions between presenters.

When assigning roles, try not to double up. The aim is for everyone to be a participant AND to take on a small role that will enhance, not inhibit, their participation. For higher stakes meetings, consider bringing in a non-participant for certain roles like recorder, timekeeper, facilitator, and process observer.

The roles of process observer and devil’s advocate are excellent ones to rotate. Performing this role even occasionally will build skills that improve the quality of meeting participation in any setting.

Before assigning roles and responsibilities, it’s important for people to understand what these roles entail.

Before thrusting people into meeting roles, consider the expectations for each role. Define these so people know what you’re asking them to do and how it should be done.

Without definition, you’ll get a range of responses. Some who are appointed to the role of Recorder will give you transcripts of the meeting with nearly every word recorded. Others will give you bare bones notes that are impossible to interpret. Describing, in advance, the length and breadth of what’s expected will help all members of the team to get what they need from the Recorder.

The same is true for other roles, too. Create a form for the Process Observer to use. Let the Devil’s Advocate know what types of questions to ask. Give the Timekeeper a sense of how strictly you want to adhere to the schedule and how you’d like them to call “time” at those junctures.

Consider facilitation training for people who frequently facilitate meetings in your organization. There are many, varied skills associated with facilitation. The next post in this series, Top 10 Fixes for Miserable Meetings, will take a closer look at what quality facilitation can do to improve your meetings.

If you’d like to get a full blueprint of meeting roles and responsibilities, including skill-building training for every role, visit People First Leadership Academy for the 2022 courses about meetings or get the eBook on Amazon (available in January).