In recent weeks, the CONNECT2Lead Blog has focused on toxic leadership, employee engagement, and building supervisory skills for a productive and fulfilling workplace environment. We spoke to individual managers, HR departments, and senior executives who employ teams of managers. We covered:

This is an extension of that work. It’s more personal. It’s a deeper dive into early warning indicators that signal YOU, personally, could be contributing to dips in workplace morale, team camaraderie, and employee engagement levels.  Notice the emphasis on YOU. It’s there because YOU are the one person you can influence first, fastest, and best.

Leadership begins with leading yourself. That includes the humility to acknowledge your own imperfections and to work on them. It also includes the vulnerability to admit when you’re struggling and to seek help. No one has it all figured out, and no one becomes a great leader on their own. Thinking you can do it by yourself, for yourself, may be part of the problem.


When Do the Seeds of Toxic Leadership Take Root? 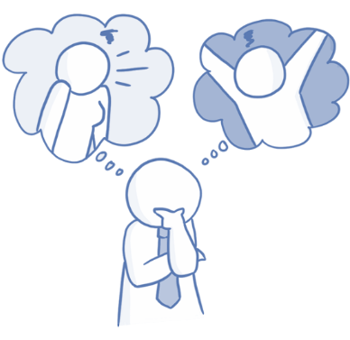 I’m an executive coach. Companies usually bring me in when a senior manager, director or VP is struggling with interpersonal skills. The alarm bells have been sounded by high turnover rates on a team, low employee engagement scores on a survey, or a chorus of complaints made to HR.

The coaching candidate is usually a high-performing executive with an impressive background of rapid promotions, functional expertise, consistent results, and obvious intelligence. The “people problems” are an aberration on an otherwise stellar performance.

What people would like to believe, I imagine, is that this is a new and temporary issue. It’s often positioned as the result of high stress in a new job, a difficult team, or a personality clash. The implication is that the problem is situational and not entirely the responsibility of the executive who is struggling.

That’s wrong. It’s inaccurate to portray these problems as temporary or situational. It’s unfair to blame the team members or others for the personality clash.

I’ve been coaching executives for over 20 years. In every coaching engagement – no exceptions – the interpersonal issues that need to be addressed are not new, not situational, and not the fault of other people. And they aren’t fixable until the person being coached realizes and accepts that hard truth.

Actually, this is good news. Being personally responsible means having the ability to make changes. It’s impossible to change what other people do. It’s difficult to change the circumstances and situations around you when they’re influenced by others. You can only guarantee change in yourself, in the behaviors and attitudes you are willing to own and work on.

But it can be challenging to work on that deep-rooted stuff. And the seeds for behaviors and perspectives linked to toxic leadership can, indeed, run deep.

No one sets out to acquire behaviors that make them toxic. Here’s how it usually plays out:


Who’s Responsible for Addressing the Signs of Toxic Leadership?

This is a very good question, one that is hotly debated in many companies.

Is this the responsibility of a manager? Of an HR business partner? Of assigned mentors or hired coaches? Who’s going to tell the offender that he or she is behaving badly?

(For the record, the worst of these choices is hiring an outside coach to tell someone what you already know about them. Before you bring in the coach, you should candidly tell people what the problem is.)

In many cases, the people who report directly to a supervisor try to tell him or her. They do this despite fear of reprisal or concerns about seeming disrespectful. They do it in overt ways and in through a myriad of covert ways, too. To an outsider, their communication is clear and easy to understand.

The problem is that this is usually a blind spot for the manager – they cannot see it no matter how much you talk about it. If you’re doing this, you probably feel ignored or disregarded. Try not to take it personally. You’re dealing with something deep-rooted, something that’s worked well for this person in the past, and something that they will cling to because it’s practically part of their identity.

What’s more, diagnosing and trying to fix your boss will never do as much for you as working on yourself. Don’t put all your energy into trying to get change in someone else. Look to yourself first!

If you’re in a senior-level management or HR role, and you see these issues in other managers, you do bear some responsibility here. At a minimum, you’ll need to summon your managerial courage and have a candid conversation with the person(s) who exhibit these behaviors. Ultimately, the success of the business and your team depend on YOU initiating these conversations and, perhaps, further action if no change is made.

Addressing behaviors that alienate others is essential. It’s easier to do early in your career before you’ve become fully entrenched in a mindset and before you develop a reputation. Step one is identifying any troubling behaviors or mindset. Step two is acknowledging that these are problematic. And step three is working on alternatives without abandoning the aspects of your mindset or behaviors that have contributed to your success.


How Can I Learn More About These Career Roadblocks?

There are 12 behavior sets that become career roadblocks. When others are observing the issues with someone who is stuck and has these blind spots, they frequently use terms to describe these roadblocks (e.g. “control freak” or “dinosaur”).

This quick quiz will help you identify your primary tendencies toward a career roadblock. You’ll also get a complete report that describes the career roadblock and offers suggestions for change. It’s all free, a gift from People First Productivity Solutions.

You can learn about all the career roadblocks that lead to toxic leadership by following this blog series.

If you’re encountering a potential blind spot, feel stalled in your career, or are struggling with interpersonal skills in the workplace, you might benefit from working with a certified executive coach. Most senior-level executives have worked with a professional coach at some point in their career. Check out this Forbes article for more about the benefits of coaching.

Ultimately, YOU are responsible and YOU are in control of your choices about how to lead and how to interact with others in the workplace. Now that you’ve got awareness, it’s time to take action.