Is It Much to Ask for Intellectual Honesty in Leaders?

When you look up to someone, you expect them to be honest and genuine. The people we admire don’t have to be perfect. But we do want them to be honest. We expect intellectual honesty in leaders we work for, vote for, follow, and emulate. 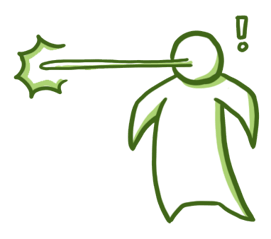 When we discover that someone says one thing but does another, it’s disappointing. Their hypocrisy, once exposed, completely changes how we perceive them. From spiritual leaders to celebrities, there are countless examples of public figures who have not lived up to their own persona, promises, or positioning.

The dishonest portrayal of their beliefs is only part of the problem. A lack of honesty is one thing. A lack of intellectual honesty in leaders is often the more deeply rooted issue.

Honesty is the quality of being truthful, sincere, upright, fair, and free from deceit. When leaders are honest, they:

Intellectual Honesty is characterized by an unbiased, honest attitude when evaluating information, solving problems, making decisions, and evaluating choices. When leaders operate with intellectual honesty, they:

A classic example of a leader who lacked intellectual honesty is the emperor who had no clothes. Hans Christian Anderson’s tale is a reminder that pride or self-interest can prevent us from seeing the truth. In that story, the emperor’s own vanity caused him to be a target for swindlers and exposed him to all the people.

The story also speaks to collective denial, a phenomenon that occurs when people accept the popular sentiment even though they know something is not right. The widespread lack of intellectual honesty happens because bias for the bandwagon overrides intellectual honesty. In fact, when there are some who try to tell the truth, they are villainized by those who have committed to the collective denial.

That’s why, so often, it’s easier to go along with the crowd. But leaders don’t follow the crowd just because it’s easier. They lead, despite their own discomfort when going against the grain. Their intellectual honesty and value of the truth is more important to them than cheap popularity and being dragged along by the current.

The benefits for leaders who maintain intellectual honesty include:


Oftentimes, the mistakes that leaders make are the direct result of not having enough information or not having quality information. They make quick decisions based on faulty inputs, a situation that’s avoidable if the leader has the patience and discernment needed.

Leaders who strongly value truth do the extra work of asking tough questions and demanding proof before proceeding. Consequently, they make better decisions and have fewer regrets.

2. Being held in high regard as someone who is credible and be trusted.


Leaders who maintain high standards for objectivity and fairness earn a reputation as someone who can be trusted. By not acting in haste, not immediately accepting popular opinion, and examining all the angles, leaders with intellectual honesty demonstrate their willingness to consider others’ viewpoints and to act on what’s true vs. what’s convenient or self-serving.

Shortcuts to trust are temporary. Instead of displaying intellectual honesty, poor leaders try to earn trust by being something they’re not. They go along with ideas they don’t understand. They choose not to push back on ideas they don’t agree with. They neuter their own impact in an effort to be liked or to avoid standing out. This shortcut may create short-term acceptance but earns neither the trust nor the respect of others long term.


Those who value the truth pursue it. By pursuing it, they more often find it than those who accept what is convenient and easily accessible.

It takes practice and skill to become more informed. When key information is not instantly available, most of us stop looking and make the false assumption that we have all there is or all we need.

Becoming more discerning also requires practice and skill-building. Asking uncomfortable questions, even of yourself, is the first step to acquiring the skill of discernment. Because we all are subject to confirmation bias, understanding the nature of this bias and taking proactive steps to work through it are also essential. Objectivity is a hallmark of intellectual honesty.

4. Opportunities to make decisions based on inputs from diverse contributors.


Leaders who gather information from a variety of sources simply have more to work with.

These leaders are also creating environments that are more inclusive. Dignifying others doesn’t mean agreeing with them. It means hearing them, seeking to understand what they offer, and genuinely considering their contributions.

Decisions that consider others’ input and are based on a variety of inputs are always better.

5. Innovation as the potential of others is unleashed.


By dignifying others when you seek their opinions and input, you’ll be a leader who has more information to work with and makes better decisions.

There’s an “icing on the cake” benefit here, too. Modeling that you value others’ input will cascade into the organization. More people will be heard and contributing more often. They will see that their voices are valued. Then they’ll use their voices more often and jump in to offer their ideas more readily.

When others participate, there’s a heighted change of innovation. Drawing from the diverse experiences, education, backgrounds, and ideas of every team member unleashes more of the same. This isn’t the same as a feel-good echo chamber where everyone “participates” by repeating the approved talking points! Leaders who demonstrate intellectual honesty and a value for the pursuit of truth are the only ones who get this level of engagement that fosters innovation.

Yes, intellectual honesty may feel risky because it sometimes means deviating from the crowd. But the benefits are worth the risk. What’s more, this is about leadership. Being a true leader -- one who’s out in front to make things better for the common good – only happens when you assume the mantle. You can’t be a follower of the crowd and a leader at the same time.

How to Demonstrate Your Intellectual Honesty

You won’t be able to demonstrate intellectual honesty if you don’t have it. This is not a “fake it til you make it” matter.

Having intellectual honesty starts with valuing the truth. You may not like the truth because it disputes you own position or presents some discomfort or inconvenience to you. Nonetheless, you are willing and able to accept the truth because that matters more to you than ramrodding your own preferences through the system.

Humility, then, is an element of intellectual honesty.

Once you place that high value on the pursuit of truth, the rest is easy. To outwardly demonstrate your intellectual honesty, you will:

The world needs more intellectual honesty in leaders. Each of us has a choice. The easy one is not necessarily the right one.